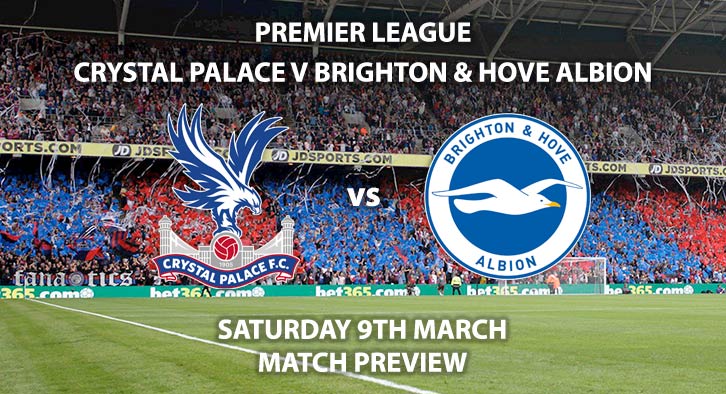 Roy Hodgson’s side enter the match in promising form with three wins from their last five matches. Brighton are also on a high after a narrow 1-0 victory over Huddersfield in their last outing.

Crystal Palace are favourites for this match and are priced at 5/6 to win the match by SkyBet. The home side were in dire straits just a few weeks back but that recent run of form has seen them climb above their opponents in the table. One man who has been key to their success, when it has come, has been Wilfried Zaha. The striker is in great form with five goals in his last five matches. He is 15/8 to score anytime.

Seven of the hosts eight last league matches have seen both teams score. They are 3/1 to win and both teams to score.

Brighton are priced at 18/5 to win this match away from home. Brighton are in danger of relegation, with looking over their shoulder the priority. However, their last outing saw them get a vital win against bottom of the table. They will find it much harder to break down Palace’s defence however do have Glenn Murray who has scored 10 goals this season. Murray is 2/1 to score anytime and add to his goal tally.

The Eagles won their last meeting with their opponents to a 3-1 score line. They are a huge 50/1 to repeat this feat.

The referee for this match will be Craig Pawson. The official has not been afraid to show his cards this season and has averaged 43 booking points in the Premier League.

The match will be televised on Sky Sports Premier League HD and kicks off at 12:30.

– The home side have looked impressive recently and have players that can cause headaches for Brighton’s defence.

Odds and markets last updated on Friday 8th March @20:00 GMT. Keep checking back to see if there’s any updates to markets – the time stamp in the previous sentence for when we update tips on this page will be updated.