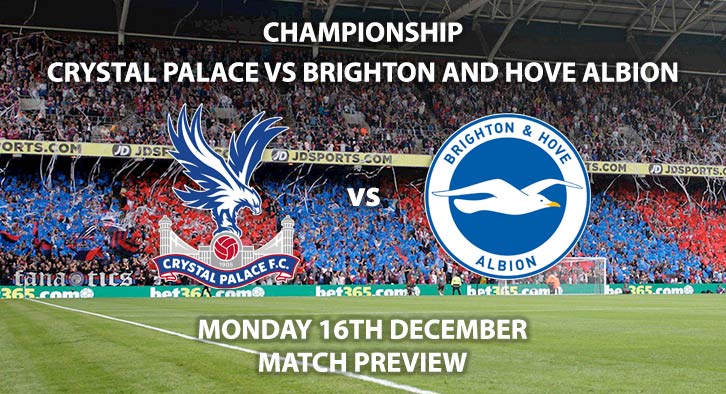 The hosts are unbeaten in their last three Premier League matches – with two coming as victories over Burnley and Bournemouth. Meanwhile, Brighton are hoping to stabilise after some poor form and did so in their last two matches with a win over Arsenal and draw to Wolves. Both holding their own this season.

Crystal Palace are priced at 6/4 to win the match by SkyBet and potentially climb higher into the top half of the table. The Eagles have not been the most exciting team to watch at times this season, but their fans won’t care as they are on course to avoid the drop zone comfortably. Their matches have averaged 2 goals per match – the lowest in the league and they don’t have an out and out goal scorer.

Jordan Ayew is currently their top scorer with four goals and will be key if Palace are to get a win on home soil. He is priced at 15/8 to score anytime.

Brighton and Hove Albion are priced at 19/10 to win the match and gain ground on their Monday night opponents. The visitors have been mightily impressive under Graham Potter this season after many thought they would be certain for relegation. Instead, they have been very consistent, especially against teams that are in the bottom half of the table.

Some great summer business was signing the striker Neal Maupay from Championship side Brentford. The Frenchman has six goals this season, including an impressive half volley against Wolves last time out, and is priced at 15/8 to score anytime.

The match will be televised on Sky Sports Main Event HD and kicks off at 20:00.

– Not much to separate these two sides in league position or recent form. Tough to call a winner.