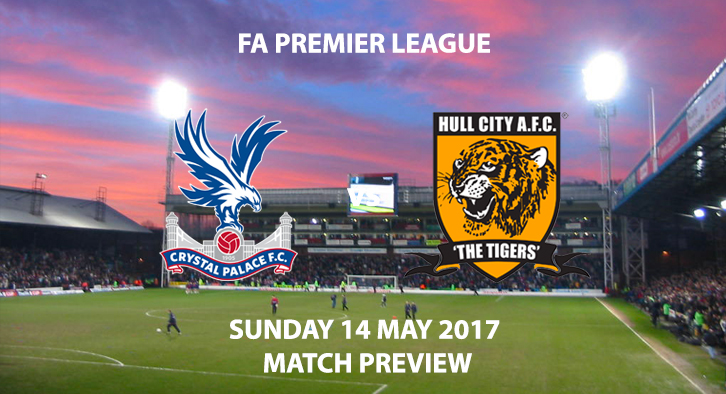 Both teams’ penultimate game of the season is a crucial relegation clash as Marco Silva’s Hull travel to Sam Allardyce’s Crystal Palace.

Premier League survival is worth an astronomical amount to the club themselves, the players in terms of their own career aspirations and also the surround area for the clubs too.
Both Crystal Palace and Hull will be desperate to not be the 3rd team relegated with the already confirmed Middlesbrough and Sunderland.

Hull’s odds-defying 2-0 home defeat against Sunderland last time out has shifted the power into Swansea’s hand in the battle to avoid relegation – especially after The Swans’ win against the same team by the same score-line to move 4 points away from danger this weekend.

The final day opponents for Hull are 2nd place in-waiting Spurs and a 7 goal swing in goal difference against Swansea needed to manoeuvre will surely prove an impossible mountain to climb – especially as a draw in this fixture will see Crystal Palace safe.

A matter of weeks ago it seemed as if Sam Allardyce had dragged Palace to almost certain safety with astonishing victories against Chelsea, Arsenal and Liverpool. Now, however, after losing 3 consecutive matches a defeat to Hull here will see just a solitary point separate The Eagles from both Hull and Swansea going in to the final day of the season.
Pair that with a trip to Old Trafford in waiting and this fixture’s importance is amplified tenfold.

Team News
The Eagles have several key players all struggling for match fitness; with Yohan Cabaye, Scott Dann and James Tomkins all doubts. Andros Townsend is currently also battling to be in contention with an Achilles issue. Joel Ward’s broken nose sustained against Manchester City also leaves him at 50/50.

For Hull – reinvigorated winger Lazar Markovic will be out for the remainder of the season after picking up an ankle injury against Sunderland.
In brighter news; defender Omar Elabdellaoui comes back into the squad after missing 7 matches with a back problem.

Zaha has proven his quality this season with a number of clubs looking to him this summer Photo Credit: skysports.com

Players To Watch
The two stand-out players for this match will both be wingers; hoping to create moments of magic for their sides.

Despite Palace’s struggles; Wilfried Zaha is undoubtedly enjoying his best season in the top flight and has a brilliant return of 6 goals and 9 assists to show for it in the Premier League – only the elite group of De Bruyne, Sigurdsson, Eriksen, Fabregas and Sanchez have more this campaign. The general disappointment amongst English fans and pundits after Zaha claimed allegiance for Ivory Coast illustrates how highly rated the unpredictable winger is. If the Ivorian plays to his full attacking potential then Hull will be in for an extremely difficult 90 minutes. 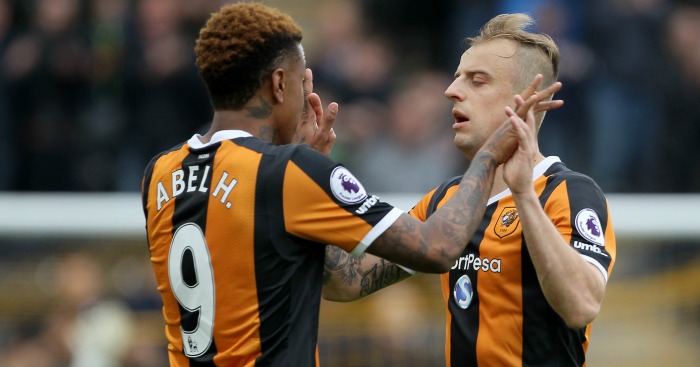 Kamil Grosicki was brought in by Hull in January in a rather under-the-radar fashion but recent performances have seen the Polish international emerge as one of Marco Silva’s most valuable players. Testament to this is the winger’s recent PFA Fans’ Premier League Player of the Month for April. Grosicki at his best is an out-and-out winger with genuine pace and ability to glide past players and create disruption in the final third. He will be pivotal to Hull confronting their woeful away record and getting a result at Selhurst Park.

Summary
Tensions will be high in this encounter as both sides will be frantically trying to get the much desired result.

It is difficult to call – Hull’s disastrous away record has seen the East Yorkshire club only amass a dire total of 6 points from 18 games all season. Marco Silva’s side’s brilliant home record has unquestionably been the factor that’s given Hull a fighting chance.
On the other hand; Crystal Palace have lost all 3 of their matches against opposition that were in the relegation zone at the time – including a horrendous 4-0 defeat at the hands of bottom side Sunderland.