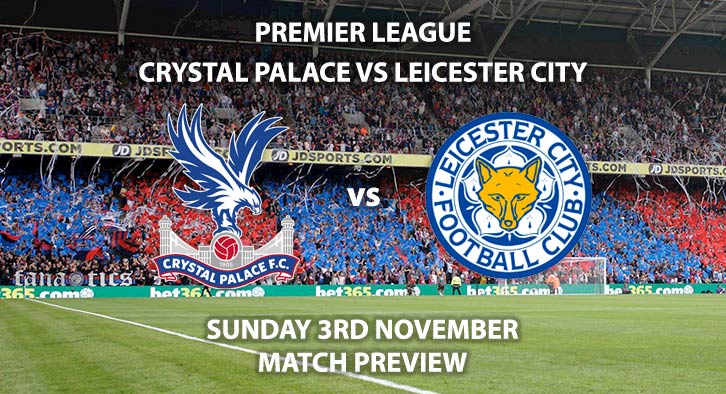 Crystal Palace return to Selhurst Park this weekend and welcome the arrival of Leicester City in the Premier League on Sunday afternoon.

Roy Hodgson’s side will be full of confidence following last weekend’s 2-2 draw away to Arsenal, a match where they showed admirable character to come from 2-0 down and come away with a share of the spoils. Palace have enjoyed a bright start to this seasons Premier League campaign, where they find themselves in 6th place.

Leicester City are flying so far this season and sit 3rd in the league. The Foxes come into the fixture on the back of a record-breaking win over Southampton, where they won 9-0; the biggest margin of victory for an away win in Premier League history.

Brendan Rodgers’ side have lost once in their last five outings, that defeat coming at Anfield, on Rodgers’ return to his old club. James Milner’s stoppage time penalty inflicted only the second defeat of the season for Leicester.

Palace however will be hoping to build on their impressive home form this season, and really make Selhurst Park a fortress for them. Roy Hodgson’s side have lost only once at home this season, against last season’s champions, Manchester City. Despite Leicester’s high-flying form, Sunday’s match will be a tough test.

It’s Palace who have the slight edge over their opponents heading into this one. Palace have beaten Leicester 27 times, whereas Leicester are just behind on 26 wins. Palace will be hooping for more of the same against this weekend’s opponents. The eagles completed a league double over Leicester last season and are unbeaten in the league against the Foxes since 2016.

Ayoze Perez netted his first PL goals in Leicester colours in last Friday’s record-breaking win over Southampton. The Spaniard helped himself to a hat-trick and will be hoping he can kick on and add more goals to his game now he has the taste for it. Perez finished his last season with Newcastle as the club’s top scorer.

The man in charge for this fixture is Paul Tierney. The 38-year old has officiated seven Premier League matches so far this season, awarding twenty-two yellows in the process. This considered, I would recommend a minimum of 2-0+ booking points for this fixture. Tierney was in charge of Palace’s 2-1 victory against Manchester United at Old Trafford and awarded six yellow cards that day, as well as awarding United a penalty. He also oversaw Leicester’s 2-1 win over Tottenham, awarding three yellow cards that day.

Crystal Palace vs Leicester City will be shown live on Sky Sports Premier League, with kick-off scheduled to take place at 14:00 GMT on Sunday afternoon.