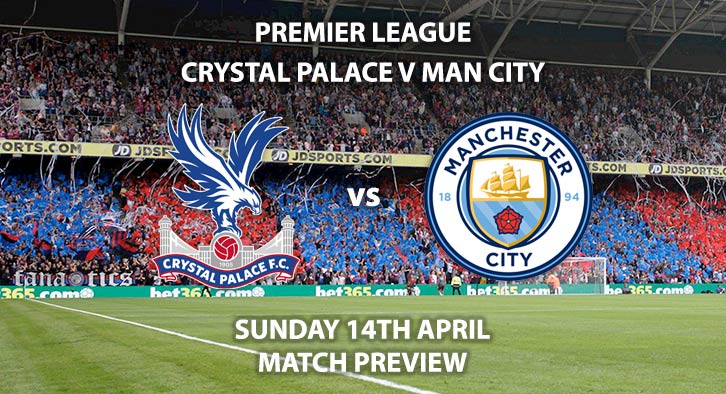 Palace vs City: Manchester City will be hoping to return to winning ways and move back to the top of the Premier League with a win over Crystal Palace on Sunday.

City will be hoping to bounce back from their midweek defeat against Tottenham Hotspur in the Champions League. Pep Guardiola opted to leave out Kevin De Bruyne, Leroy Sane and Bernardo Silva from that side in midweek, which raised a few eyebrows. Sergio Aguero’s penalty proved costly, as Son Heung-Min’s winner left them with all to do. City will be wary of taking on Palace after the Eagles beat them 3-2 at the Etihad Stadium back in December. Similarly, Palace almost beat City last season at Selhurst Park, with Ederson denying Luka Milivojevic’s 90th-minute penalty, with the score at 0-0. With that second leg looming on Wednesday night, it will be interesting to see what side Guardiola fields, knowing Liverpool are playing directly after them.

Palace secured their Premier League status last time out, with an important 1-0 win at Newcastle. That result leaves Palace 13th in the table, ten points clear of Cardiff City. The Bluebirds having only four more games to play. They have, however, only won one of their last three home games, drawing one and losing two. With Everton and Bournemouth also set to visit London before the season is out, the Eagles have a great opportunity to finish the season strongly.

Martin Atkinson is the referee for this fixture. The Englishman has officiated 39 top-flight matches this season. In that time, he has accumulated an average booking points total of 33.8. Therefore, I would advise a maximum of 50+ total points for this fixture.

I can’t help but feel there might be a twist in the title race on Sunday. Palace have had joy against City in recent games, which could be a telling sign. I am going to back the champions to nick a slender win, but don’t be shocked to see this one end level.

Crystal Palace vs Manchester City will be televised live in the UK on Sky Sports Premier League with kick off at 14:05 BST.

Odds and markets last updated on Sunday 14th April 2019 @11:20 GMT. Keep checking back to see if there’s any updates to markets – the time stamp in the previous sentence for when we update tips on this page will be updated.

Remember to keep visiting the tips and preview area for further updates and betting previews around this weeks European action and remainder game from today’s Premier League fixtures.