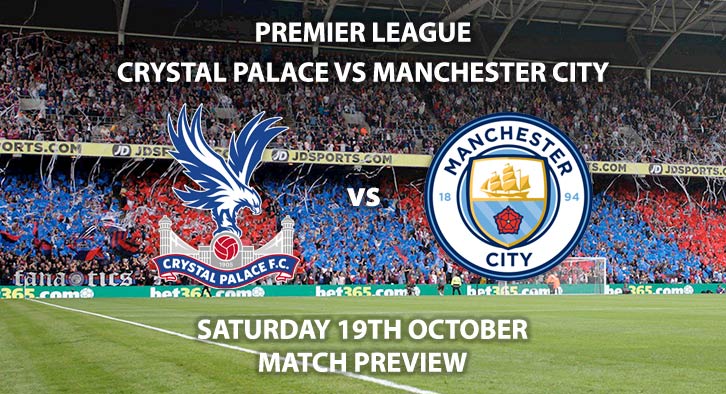 Roy Hodgson’s side will be pleasantly surprised with their start to the season, as they sit sixth with 14 points from eight matches. The most notable win of the season for the Eagles came against Manchester United.

Meanwhile, Man City are already playing catch up with title rivals Liverpool after a couple surprise defeats to Norwich and Wolves. There is still a long way to go, however, it seems there is no more room for error in matches such as these for Pep Guardiola’s men.

Crystal Palace are priced at 9/1 to win the match on SkyBet. The Eagles have won their last two matches against Norwich and West Ham which means, oddly, that they are the form team heading into this match-up. Jordan Ayew has re-found the form from his Swansea City days and is the key figure in the Palace attack – with Wilfried Zaha struggling to make an impact. Ayew has three goals so far this season and is 7/2 to score anytime.

Manchester City are favourites for this match and priced at 2/9 to win. As mentioned, there is no more room for error in matches such as these for City – who trail Liverpool by eight points. Whilst the results have been frustrating at times, the goal scoring hasn’t an Argentine marksman Sergio Aguero is proving age doesn’t mean a thing. Aguero is the league’s top goal scorer with eight goals and two assists. He is 14/5 to open the scoring.

The referee for this fixture will be Anthony Taylor. The last time these two met, not a single card was shown and neither have shown signs of malicious tackling so I wouldn’t expect too many booking points.