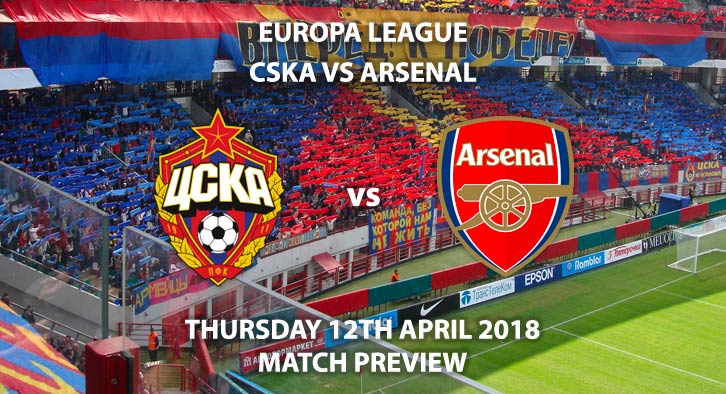 CSKA Moscow vs Arsenal: Arsenal travel to Russia to face CSKA Moscow looking to seal their place in the semi-finals of the Europa League.

Arsene Wenger’s side hold a 4-1 lead heading into the second leg of their tie. A brace from Alexandre Lacazette alongside a goal from Aaron Ramsey and Henrikh Mkhitaryan put the Gunners in control at the Emirates. With this game in mind, Wenger rested a number of key players during their 3-2 victory over Southampton at the weekend. One player who particularly stood out, was Danny Welbeck.

The Englishman helped himself to two goals and an assist as well as the Man of The Match award. After two long-term injuries Welbeck finally looks to be hitting form in an Arsenal shirt. With the World Cup only around the corner, the former Manchester United attacker is doing himself no harm as hopes to grab Gareth Southgate’s attention. Pierre Emerick Aubameyang is, again, cup-tied and will miss the game, with Lacazette and Welbeck expected the spearhead the Gunners’ attack

Moscow followed up their defeat at the Emirates with another loss at the weekend. They were beaten at home 2-1 by Dynamo Moscow, all but ending their hopes of winning the league title. With an uphill task to follow in the Europa League, their season look to be petering out. However, as we have seen this week, shock result can happen. Just like Roma, a 3-0 win for the Russian side would see them progress, due to their away goal in the Capital.

Felix Zwayer is the referee on Thursday. The German plies his trade in the Bundesliga. He has officiated 12 matches this season, accumulating an average card score of 3.67. That includes 43 yellow cards and one dismissal. Therefore, I would avoid betting on anything higher than 30+ match booking points.

Arsenal hold a very commanding lead. It would take one mighty comeback for CSKA to go through. Thus, I think the tie is beyond them and Arsenal will progress. As a result, I’m going for BTTS and over 2.5 as my bet, with BTTS and Arsenal to win a good bet at longer odds.

CSKA Moscow vs Arsenal will be televised live in the UK on BT Sport 2 with kick off at 20:05 GMT.