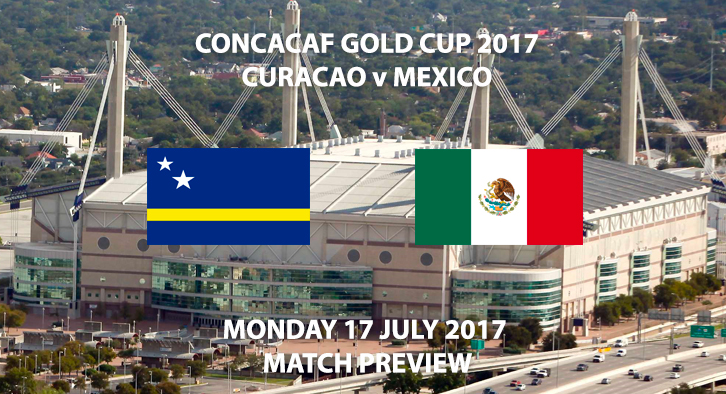 Curacao vs Mexico – Match Preview – Curacao will face Mexico in the final round of the group fixtures at the 2017 CONCACAF Gold Cup. The Mexicans participated to a bore draw with Jamaica in their previous outing meaning that progression to the next round isn’t a certainty despite currently leading Group C. Curacao suffered a second successive 2-0 defeat, this time to El Salvador. Having conceded two goals in the first half hour, the Caribbean’s were unable to convert a 44th minute penalty; a coincidence that has summed up their Gold Cup campaign so far. That 2-0 defeat means Curacao will take the field for the final time at the tournament, whilst their opponents still have it all to play for with El Salvador and Jamaica breathing down their necks.

The Mexicans dominated their last match against the Jamaicans but were unable to convert their furiously superior possession into clear goal scoring chances. The Central Americans only managed three shots on target all match with a total of 73% possession; a statistic that reflects upon the inexperience of this fresh-faced Mexican side.

Manager, Juan Carlos Osario, will look to alter his sides tactics yet again in their bid for qualification to the knockout stages; after trialling an ineffective 4-4-2 that baffled a lot of supporters after Mexico’s previous success in a 4-3-3 formation in their curtain raiser. The bookmakers are expecting the Mexicans to come out victorious in this showdown, where a point will be enough to see them qualify through. Will Osario’s men come out on top?

Curacao will be bitterly disappointed with how their Gold Cup campaign has panned out. After a poor showing in their first match, things didn’t get any better for Ramko Bicentinni’s side who replicated their previous score line, proving unclinical in front of goal and unstable in their backline. With little to no expectations laid out for the Caribbean side before the tournament began, it’s safe to say that Curacao have not impressed and have been frustrating viewing for many impartial fans. With their qualification chances already out the window, Mexico should prove too much for the small island, however this tournament can provide shocks.

Neither side has any injuries or suspensions ahead of Monday’s fixture.

When these two met in 1970, Mexico won 7-0. Will another thrashing be on its way for Curacao?