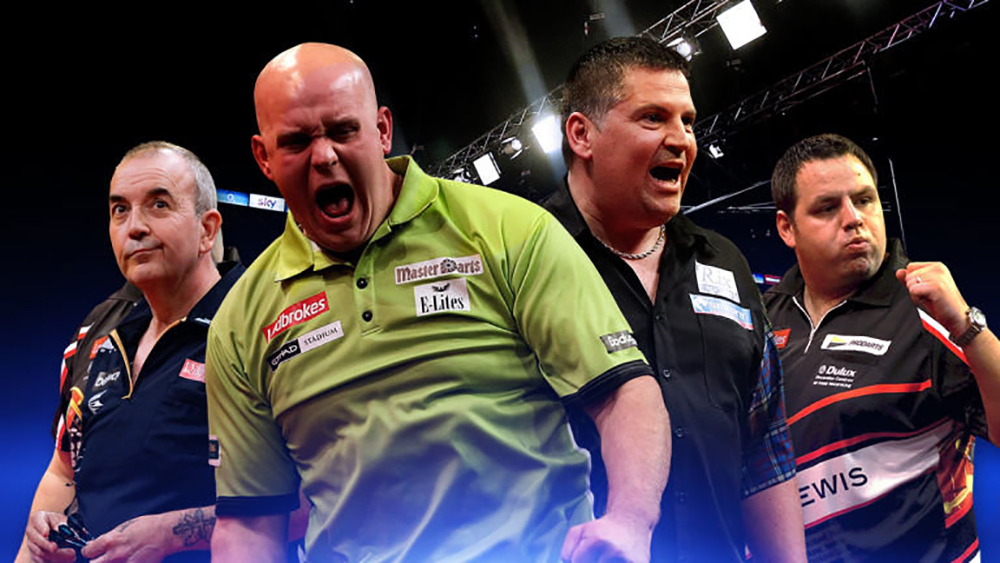 It couldn’t be more tense as the Betway Darts Premier League regular season comes to an end. Aberdeen will play host to the final four fixtures that will see the bottom four in the league wave goodbye to the top four, who will be packing their bags for the O2 Arena. The current holder of the trophy, Michael van Gerwen, could seal top spot with a win, however, he faces tough opposition in Gary Anderson. In fourth place, Phil Taylor must beat Adrian Lewis to fend off the in-form Dave Chisnall; who would have the slightest chance of top four qualification if ‘The Power’ was to slip up.

Dave Chisnall is the man in-form in the Premier League right now. He has seen a huge improvement on the doubles which when paired with his 180 hitting is making him a force to be reckoned with. James Wade is now unable to qualify for the top four positions meaning this will be his last match in this seasons Premier League, disappointing by his standards. With a glimmer of hope in his eye for that fourth spot, Chisnall should bring too much firepower for Wade. 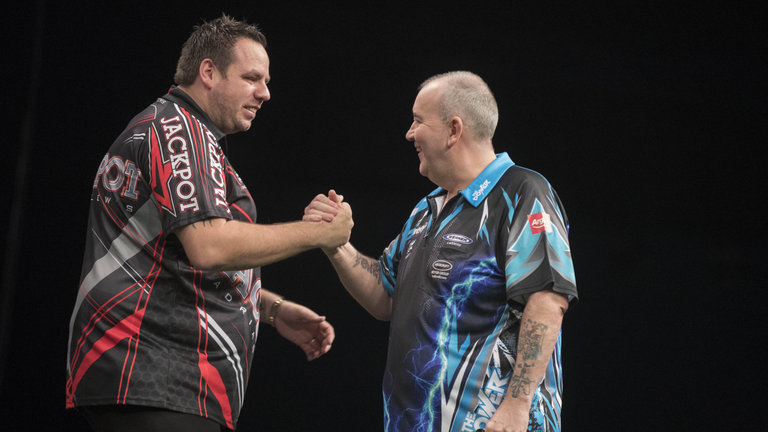 Phil Taylor can book his spot at the finals in London with at least a draw PhotoCredit: skysports.com

All eyes will be on Phil Taylor in this match up as he faces the out-of-sorts Adrian Lewis. Taylor can book his spot at the finals in London with at least a draw, but Lewis will be playing for pride; after a shocking performance, last week. Taylor has improved his treble hitting lately, a factor that helped him beat Michael van Gerwen last week, 7-3. Current form should see Taylor over the line and qualify but even with all his experience, will the pressure be too much for ‘The Power’?

Peter Wright is a man on a mission this year. Last week he beat Adrian Lewis 7-2 in the Premier League and in the European Tour Grand Prix final on Sunday, he whitewashed Michael van Gerwen 6-0…incredible stuff. Raymond van Barneveld put up a good fight last week against Dave Chisnall however he was unfortunate to lose with a 100.65 three dart average. Wright will overtake Michael van Gerwen at the head of the table if he was to win, leaving all the pressure on ‘Mighty Mike’ in the last game of the evening. Will ‘Snakebite’ slither to the top of the table? 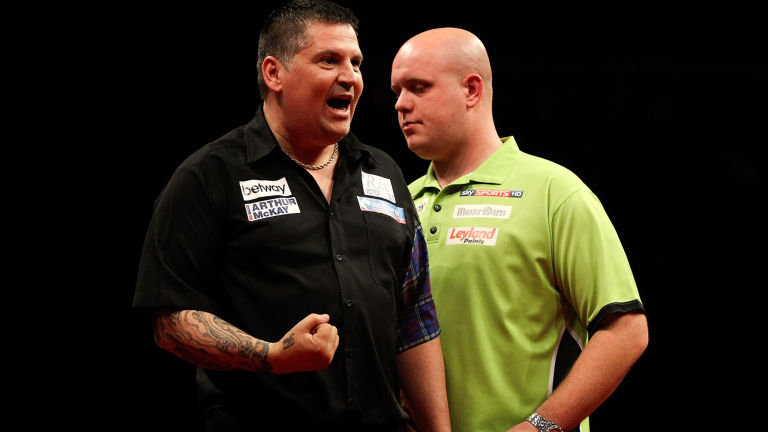 When these two meet, they like to flex their darting muscle. Michael van Gerwen has a good history against the Scotsman; winning four of their last five meetings. Anderson will be looking to consolidate third place in the table with at least a draw being enough to do so. The two drew last time they met on the first night of the Premier League season. Will it be honours even again or will van Gerwen seal top spot with a victory?