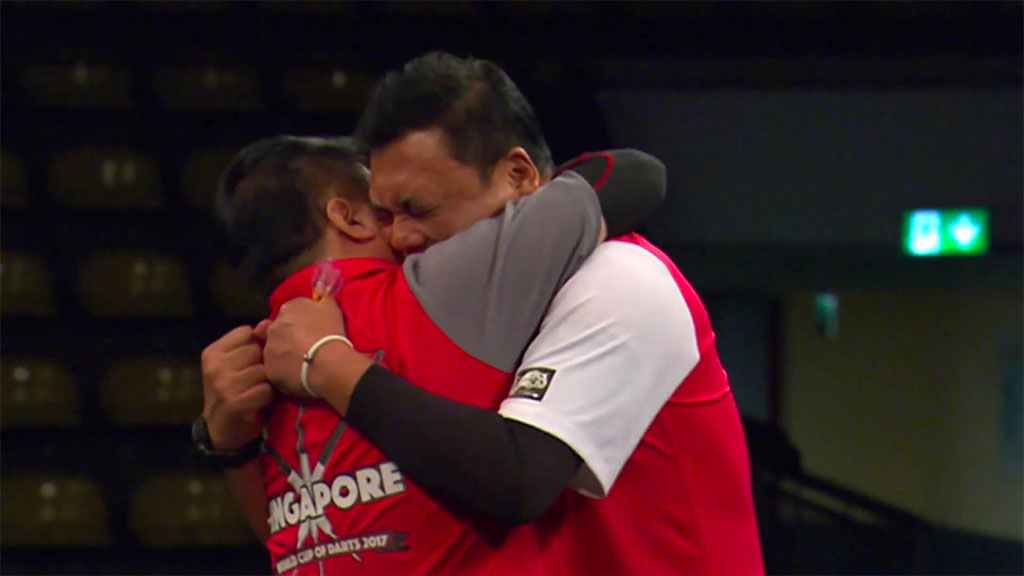 Day Two of the 2017 PDC World Cup of Darts in Germany kicks-off today after a fantastic first day. We were treated to some entertaining matches on the first night in Frankfurt. Singapore pulled off a gargantuan shock beating the number one seed, Scotland, 5-2. 63-year-old, Paul Lim, illustrated incredible composure and skill as he rolled back the years with some power scoring and a high checkout percentage.

Spain fought a tough battle against Japan in a match they made difficult for themselves as Cristo Reyes dragged through his struggling team-mate, Alcinas Antonio, to send them through to the second round.

Wales proved their threat; especially Gerwyn Price. They were the only pairing to average over 100 and look fearless when Finland were testing them all the way to the final leg.

Moving onto Day Two, another 16 nations will begin their World Cup campaigns. Northern Ireland, England and Netherlands will play, hoping they can get the crucial first round win and showcase a dynamic performance in their pairs. One of the issues with being in a pair can be that whilst one player is playing well, the second could be having a stinker which leads to a disjointed, inconsistent performance.

Here are the three matches to watch on Day Two:

This should be the closest match on the night. Northern Ireland’s, Daryl Gurney, has been in inspired form in 2017; most recently reaching the semi-final of the 2017 PDC Gibraltar Darts Trophy a few weeks ago. Germany have two young darters in Max Hopp (20) and Martin Schindler (20), who was born four days before his team-mate. 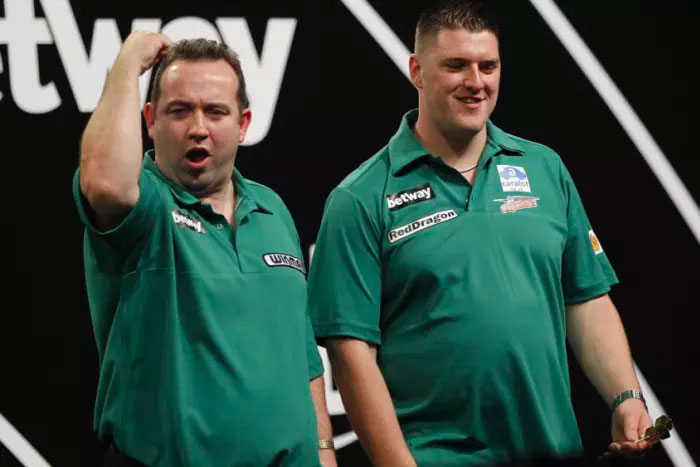 Hopp is currently ranked 42nd in the PDC Rankings and has a very bright future ahead of him, this tournament and match provides a terrific opportunity for Hopp to example his ability on television yet again. I can see Northern Ireland just edging this match with their quality in Daryl Gurney and Brendan Dolan.

England’s, Adrian Lewis and Dave Chisnall, should cruise through to the next round in this match against Gibraltar. The World number 4 and 6 will look to get rid of any doubt surrounding Chisnall not being able to fill Phil Taylor’s England shirt. Gibraltar will look to take everything from the experience of facing two of the World’s best players. 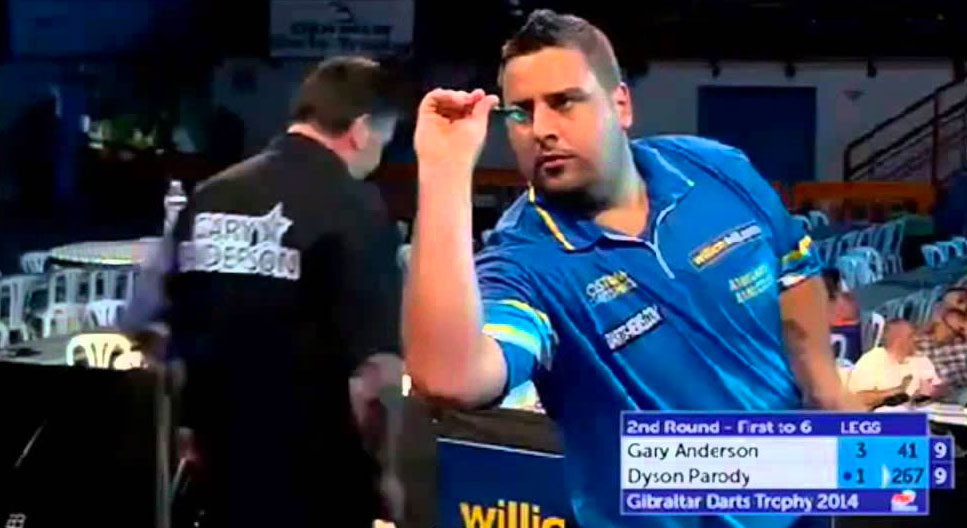 Parody Dyson is ranked 150th in the PDC rankings whilst his teammate, Duo Dylan, is ranked 5 places below him at 155th. It’s tough to see Gibraltar winning a leg, let alone the match.

Holland kick off their World Cup campaign with a match against the Czech Republic. Both Michael van Gerwen and Raymond van Barneveld will use the match to get their elbows warm and shouldn’t find the match too testing. 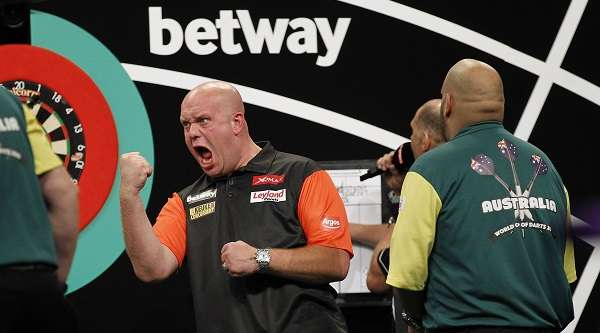 Michael van Gerwen will be looking to add a World Cup to his ever-growing trophy cabinet. Photo Credit: Lawrence Lustig/PDC.

Miloslav Navratil and Karel Sedlacek of the Czech Republic are relatively unknown to most darts fans. Navratil reached the last 64 in the PDC World Championships in 2008, but has only won £325 in prize money since then. Just like the England match, it’s hard to see Holland losing a leg in this one.