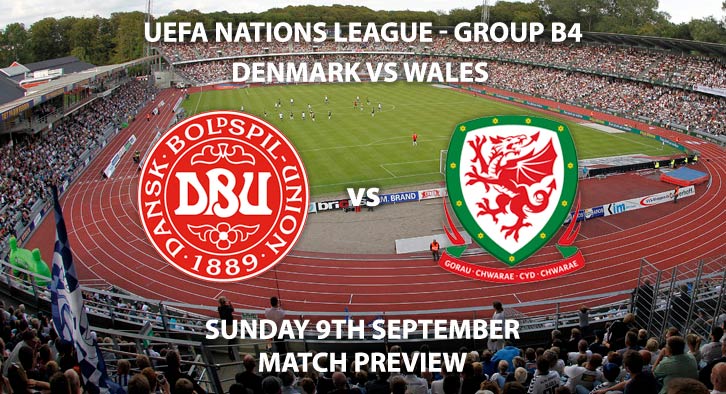 Denmark vs Wales: Wales travel to face a full-strength Denmark side, looking to build on their midweek win over the Republic of Ireland.

Wales kicked off their UEFA Nations League Group with a resounding 4-1 win over the Republic of Ireland. Whilst Gareth Bale’s stunning effort will take the headlines, a lot of the post-match chatter was around Chelsea’s teenage-sensation Ethan Ampadu. The youngster impressed on his full debut in the centre of midfield, although is equally as assured in defence. Ryan Giggs is trying to blood the next line of Welsh talent, with David Brooks, Connor Roberts and Chris Mepham all starting the match. Alongside the more experienced heads such as Bale, Aaron Ramsey and James Chester, there is a belief amongst Wales that they can mount a strong push to qualify for EURO2020. Given the young talents they possess, it’s easy to see why.

Denmark were forced to name an under-strengthened squad for their match against Slovakia in midweek due to an ongoing dispute between the Danish FA and the players’ union. As a result, the majority of their World Cup squad were unavailable, meaning players from the third/fourth division of their domestic league and futsal players were called up. The disagreement between the two parties was regarding commercial rights, with negotiations drawn out for months. They were beaten 3-0 in that friendly on Wednesday, highlighting the lack of quality in their current squad. However, the dispute has now been put on hold, meaning Denmark have their original side back. That makes this a much tougher game then it may have seemed, with Christian Eriksen, Kasper Schmeichel and Yuusuf Poulsen all set to start.

Deniz Aytekin is the referee for this game. The German official plies his trade in the Bundesliga, although he only officiated one league game this season. In that game he showed two yellow cards; therefore, I would advise a maximum of 30+ total booking points for this match.

Wales’ fantastic showing in midweek will have their supporters filled with optimism ahead of this game. However, Denmark now have their big guns back and proved in the World Cup how dangerous they can be. As a result, I’m plumping for a draw in this one.

Denmark vs Wales will be televised live in the UK on Sky Sports Football with kick off at 17:00 GMT.