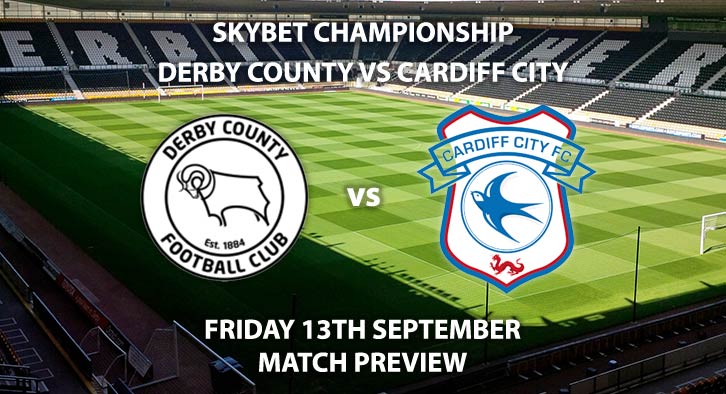 Derby County will want to secure their first home win of the season and ease the pressure on Phillip Cocu when they host Cardiff City at Pride Park.

The Rams’ new Dutch coach hasn’t had the best start to life in the east Midlands after taking only six points from their first six Championship fixtures. They’ve only won once this season, which came on the opening day of the season against Huddersfield Town. Last season, Derby’s home form was the bedrock behind their sixth-place finish but they’re yet to win in front of their own fans this term. Draws against Swansea City and West Brom could easily have been wins but they have been on the receiving end of the fine margins that define Championship matches.

Derby are struggling at home due to a lack of natural width in the team. Martyn Waghorn, on the right, is a number nine, whilst Tom Lawrence is always at his best when he’s playing in the number ten areas. Without the injured Jayden Bogle, whose overlapping runs from right-back give them a threat in wide positions, they’ve been too easy to defend against. With an influx of new centre-backs brought in to the club, Cocu is also still trying to find his preferred defensive pairing.

Cardiff’s return to the Championship has been a little underwhelming, particularly on the road. At home, they’ve been impressive with seven points from a possible nine. Away, that tally drops to just one from nine, which is a major concern. The Bluebirds have looked bereft of creativity away from the Cardiff City Stadium, which is why they haven’t scored in their last two away games.

Goals have also been a major issue. Number nine Robert Glatzel is yet to get off the mark for the club and in a 4-3-3 system, he needs to be scoring goals. Of the 12 teams above Cardiff in the table, only Birmingham City and Millwall have scored less goal than their seven. The departure of Bobby Reid, on loan to Fulham, has played a huge role in both of their problems, as they miss his goals and creativity.

The referee for Friday night’s clash is Darren England. The Englishman has racked up an average booking points total of 16.7, across three Championship matches this season. With that in mind, I would recommend a maximum of 40+ booking points for this fixture.

Derby have been in lucky in a couple of their home games this season, whilst the same can’t be said for Cardiff on the road. Neither team have shown their best form yet this season but I’m fancying the Rams to nick a narrow home win.

Derby County vs Cardiff City will be televised live in the UK on Sky Sports Football with kick off at 19:45 BST.