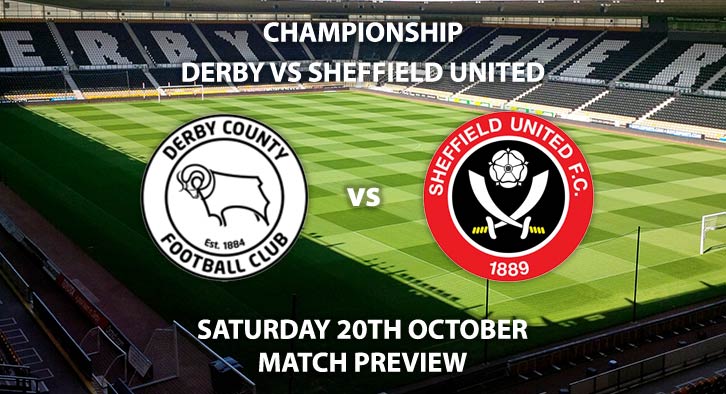 Both clubs have made promising starts to the season, with the hosts in the play-off mix for now. Meanwhile the visitors have flown into top spot with eight wins from their opening 12 matches.

Derby County who are winless in three matches are priced at 8/5 to win this weekend. Frank Lampard has made a decent start in life to management however, with his sides recent victory over Manchester United stealing headlines. They have managed to make Pride Park a very tough place to visit. Apart from their first match against Leeds, the Rams have conceded less than 1.5 goals in their five league games at home.

Goal scoring hasn’t proved too much of a problem either with the fluent attacking force they have. Mason Mount and Tom Lawrence have scored three each whilst David Nugent has two to his name. SkyBet have priced over 2.5 goals at 5/6. All three of Derby’s home victories have come from two goals margins so far. Although this test will be the toughest so far, 4/1 is temping for Derby -1 goal handicap.

Sheffield United are priced at 17/10 to remain top of the league and get three points this Saturday. Chris Wilder continues to impress from the dugout, with United looking to be a force to be reckoned with. Both Billy Sharp and David McGoldrick have been crucial to their success so far. Sharp has scored seven league goals whilst McGoldrick has scored five. Sharp is 9/2 to score first and his partner is 5/1.

Two of their last three league away wins have come when The Blades have scored first. They’re priced at 21/10 to be winning at half time.

The referee for this match will be Oliver Langford. The official has awarded 25.7 booking points in his seven Championshop matches this season.

Derby County vs Sheffield United will be televised on Sky Sports Football HD and will kick off at 17:30.