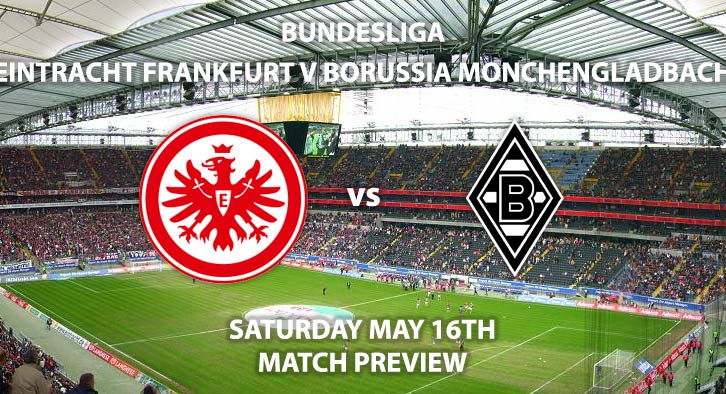 After two months of no football due to the coronavirus pandemic, the Bundesliga becomes the first major league to return with a weekend packed full of footballing action. Eintracht Frankfurt play against Borussia Monchengladbach as both clubs make their first appearances since the suspension of the league.

The two sides have had differing campaigns to date, with Frankfurt sitting midtable just above the relegation spots whilst Monchengladbach are still within touching distance in the title race.

Eintracht Frankfurt are priced at 15/8 to win the match behind closed doors and ensure they keep a safe distance from the drop zone. The hosts are currently six points from the relegation places and will be hoping their strong home form will continue despite having no fans in the stands. Their main issue has been consistency, with two thumping 4-0 defeats in their last three league appearances.

However, the manner of this return means old form can be thrown out of the window as they look to avenge Monchengladbach for the 4-2 loss earlier in the campaign. In attack, Goncalo Paciencia has been their main threat with seven goals. He is priced at 23/10 to score anytime.

Borussia Monchengladbach are priced at 13/10 to win the match and continue to put pressure on the top three clubs. The team have had a strong season – especially on the road with 20 points claimed from 12 matches. They also boast one of the best defensive records in the league, with 30 goals conceded from 25 outings.

In attack, Monchengladbach have the dynamic partnership of Alassane Plea, who is on nine goals this season, and Breel Embolo, who has scored seven league goals. It is the Frenchman Plea who has really impressed this season and his pace and strength could be too much for the Frankfurt defence.

– The visitors have a much stronger defensive record and could just edge this match with home advantage meaning very little with no crowd.