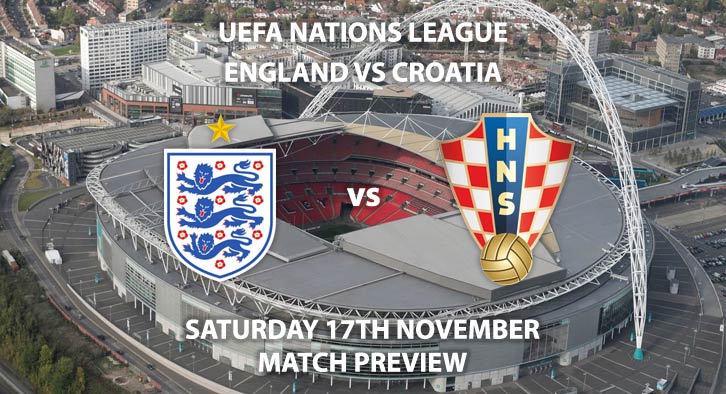 England vs Croatia – England face Croatia for the third time this year – this time at Wembley in their final UEFA Nations League match, knowing that a win will see them finish top of Group 4A.

The Three Lions warmed up for this match with a routine 3-0 win over the USA on Thursday night. Jesse Lingard and Trent Alexander-Arnold put them on their way in the first half before Callum Wilson grabbed a debut goal with ten minutes remaining. It was a strong performance from Gareth Southgate’s side, despite the number of changes he made. Lewis Dunk impressed on his full debut alongside Wilson, whilst Harry Winks dominated in midfield. Jadon Sancho, however, was once against the star of the show with a number of dazzling runs, particularly in the first half.

Sancho plays with an arrogance, but of a player that only the top performers possess. That can only bode well for England and for Borussia Dortmund as the 18-year-old develops. Southgate is likely to revert to his more senior players for England’s crucial match on Sunday. A win would see England top the group, but a defeat or score draw would see them relegated. 0-0 would see them finish second, in what is likely to be a manic 90 minutes. Harry Kane will lead the line looking to help the Three Lions avenge their World Cup semi-final defeat last July.

Croatia pulled off a dramatic 3-2 win over Spain on Thursday night after leading the game three times. That win means that Croatia can win also win Group 4A with three points at Wembley, but will be relegated if they lose or the scoreline finishes 0-0. Luka Modric, Dejan Lovren and Ivan Rakitic are just a few high-profile names that still turn out for the World Cup finalists, as they look to put England through more misery, this time on their own turf.

Anastásios Sidirópoulos is the referee for this game. The Greek official has officiated nine matches this season, accumulating an average booking points total of 39.4. As a result, I would recommend a maximum of 50+ total points for this fixture.

This has ended up being a very important game for England, which people may not have expected when the competition began. Croatia are a strong side but do have some frailties which England can exploit. I’m backing Southgate’s side to nick a very tight encounter.

England vs Croatia will be televised live on Sky Sports Football with kick off at 14:00 GMT.

We have domestic fixtures returning at the end of next week so keep an eye on those previews in the tips and preview area.