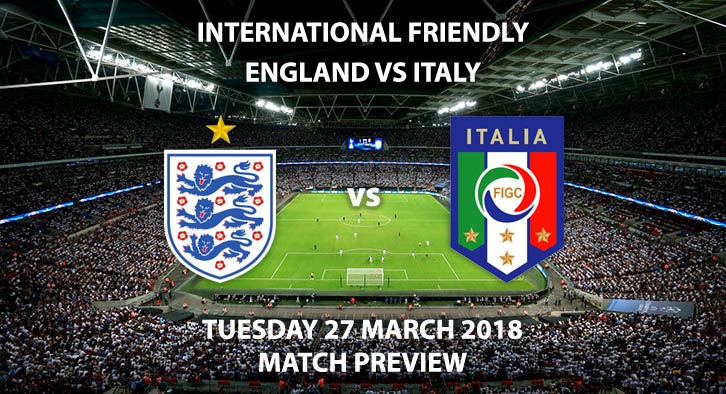 England vs Italy: England will be hoping to back up their victory over Holland on Friday night with a win against Italy.

Gareth Southgate’s men came out triumphant in Amsterdam, with Jesse Lingard grabbing the only goal of the match. The Manchester United forward divides opinion in England but there is no doubting his habit of scoring important goals in crucial games. In the absence of Harry Kane, Southgate gave Marcus Rashford the nod down the middle, alongside Lingard and Raheem Sterling. The three combined well throughout the match, with their pace and fluidity causing issues for the Dutch backline.

Southgate also sprung a surprise in defence. Kyle Walker began the game as right-centre back, with Keiran Trippier at right-wing back. The former Sheffield United man played at the heart of the defence during his stint at Bramall Lane. It proved to be another viable option for Southgate as he looks to mould his World Cup starting 11 for Russia. Jordan Pickford also impressed as he staked his claim for number one jersey. A clean sheet and composed performance will certainly have done the Everton stoppers chances no harm.

Italy suffered a 2-0 defeat to Argentina on Friday night. After failing to qualify for this summer’s World Cup, the Italy squad is starting a new dawn. With a new generation of Italian talent coming through, it will be the next permanent boss’ job to turn them into a success. Luigi Di Biagio has been given temporary charge of Azzurri having been promoted from the U21s.

England’s have won one of their last seven matches against Italy. That win came in a friendly back in 2012 with Jermain Defoe grabbing the winner. This will be the Italian’s third visit to the new Wembley as they seek their first win on English soil since 2002.

With both these two teams very much in transition, it could be an interesting matchup. The England camp, however, will be much more positive after their victory on Friday night. Therefore, I think they’ll nick the game but I expect it to be a tight contest.

England vs Italy will be televised live in the UK on ITV 1 with kick-off at 20:00 GMT.