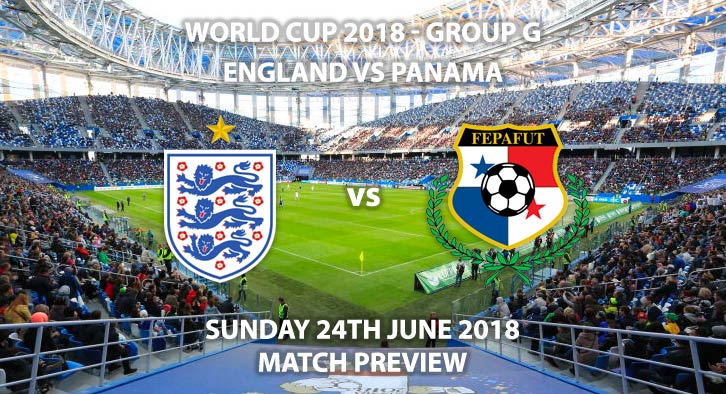 England vs Panama. England can seal their place in the round of 16 with a victory when they face Panama In their second Group G match.

England sealed victory in the most dramatic style against Tunisia, with Harry Kane’s 90th-minute header securing the win. In truth it was a goal Gareth Southgate’s team deserved, having dominated the game. They were denied two blatant penalties, with Kane twice being hauled to the ground, but the referee and VAR remained unmoved. After a fantastic opening 30 minutes, where England created numerous clear-cut chances, they conceded a sloppy penalty. This underlined England’s inability to remain concentrated despite being in complete control of the game.

Dele Alli was forced off with a thigh strain, although the severity of the injury is unknown. Ruben Loftus-Cheek will be on standby to deputise after impressing with a late cameo role. Marcus Rashford could also be in line to replace Raheem Sterling, who struggled to influence the game from a more central position. Overall, it was an encouraging display from England, especially in the first-half. However, as always, they are susceptible defensively and will give teams chance.

Panama struggled in their first ever World Cup game against Belgium. Despite holding the Red Devils for 45 minutes, they lost 3-0. In truth, Panama look out of their depth but were resolute enough to frustrate Belgium for large periods of the game. Having watched both games, I would expect Tunisia to beat Panama, which would leave them at the bottom of Group G.

Ahead Grisha is the referee for this game. The Egyptian will take charge of his first ever World Cup game when the Three Lions meet Panama. In 69 international matches, Grisha has averaged 3.33 yellow cards per game and 0.12 reds. With that in mind, I’d advise a maximum booking points total of 40+.

England never do things the easy way, as demonstrated against Tunisia. However, if they can start in the same vein and pick up an early goal, they should win this game comfortably. After grabbing a brace in the first match, Kane will be licking his lips at the prospect of coming against this Panama defence.

England vs Panama will be televised live in the UK on BBC 1 with kick-off at 13:00 GMT.

Tips updated at 11:30 GMT on 24th June 2018 – we should be updating the preview before kick off again so keep checking back.