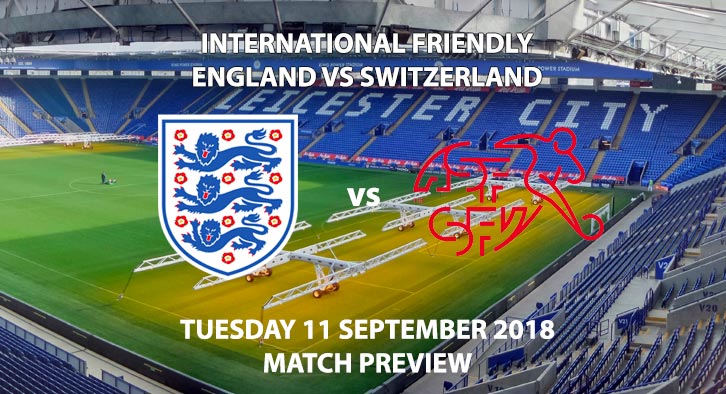 England vs Switzerland: England will be looking to bounce back from their defeat against Spain with a win over Switzerland at the King Power Stadium.

England were on the wrong side of a 2-1 scoreline when they faced Spain on Saturday night. Despite taking the lead through Marcus Rashford, they were immediately pegged back before Rodrigo scored the winner. Danny Welbeck controversially had a goal ruled out after tapping home David De Gea’s fumble, but overall it was a deserved win for Spain. Their midfield trio of Thiago, Sergio Busquets and Saul Niguez was the difference between the two sides. It underlined England’s lack of a ball-playing central midfielder. That could be the difference between England and the very best nations in the world. They’re crying out for a Paul Gascoigne type of player, who can dictate the tempo of a match.

Gareth Southgate made a bold statement in his selection progress on Saturday; leaving Kyle Walker out of his starting side. Joe Gomez reclaimed his role at RCB, whilst Kieran Trippier was given the nod at RWB. Dele Alli will miss this match after picking up a minor injury, but Demari Gray and Ben Chilwell could both feature on home soil after being called up from the under 21 squad.

Switzerland kicked off their UEFA Nations group in style with a thumping 6-0 win over Iceland. Xherdan Shaqiri scored the pick of the bunch with a curling free-kick that left the ‘keeper stranded. After a relatively underwhelming World Cup campaign, Switzerland will be desperate to remind the world what they are capable of. They have been in the top ten rankings for some time; which doesn’t come through luck. As a result, this will be a tricky test for Southgate’s side.

Clement Turpin is the referee for this game. The Frenchman plies his trade in Ligue 1, where he has officiated two game this season. He has averaged two cards per match which is the league’s second lowest. Therefore, I would advise a maximum total of 30+ booking points for this game.

England played well against Spain, despite being beaten. If they can replicate the same level of performance against Switzerland, I would expect them to win. Gareth Southgate may be slightly more tempted to experiment with his side in this game, but I would still expect a strong England team to win this game.

England vs Switzerland will be televised live in the UK from the King Power Stadium in Leicester on Sky Sports Football with kick off at 20:00 GMT.