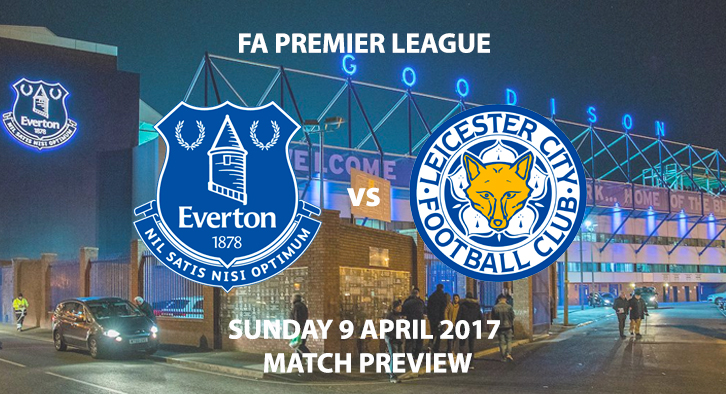 Champions of England, Leicester City will be looking for their sixth successive Premier League win under new manager Craig Shakespeare as they travel to European football-chasing Everton on Sunday. 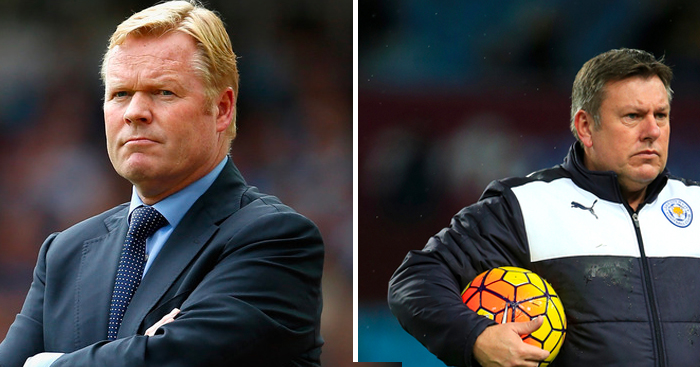 Ronald Koeman & Craig Shakespeare go head-to-head this weekend with both their sides being in good form this weekend. Photo Credits: Sky Sports

Under intense scrutiny amidst the acrimonious departure of underdog hero, FIFA World Coach of the Year and Premier League winner Claudio Ranieri; Shakespeare has written a story of his own – 6 straight wins in all competitions has brought almost certain safety from relegation. All the while continuing the march to conquer Europe as the Foxes face Atletico Madrid in midweek in the UEFA Champions League quarter-final.

The team looks reinvigorated with a renewed sense of belief, defending with a clearer organisation and attacking with purpose – Jamie Vardy’s recent form is testament to that.

Everton meanwhile also have European football in their crosshairs – defeat narrowly escaping their clutches on Tuesday against Manchester makes the top 6 an uphill task, though they are sitting in 7th place, just 3 points away from 5th and 6th placed Arsenal and Manchester United respectively (albeit both teams have two games in hand).

After two tricky away matches against Liverpool and United, Everton will relish the sanctuary of Goodison Park this weekend in an attempt to rectify their recent form immediately. However, The Blues have not done the league double over Leicester since 1986/87 so victory will be no mean feat.

The Toffees have quite often been touted as the ‘best of the rest’ this season outside of the ‘big 6’ and the league table suggests that – West Brom have played a game more and languish 6 points behind the blue of Merseyside in 8th (whilst still having an incredible season of their own).

Ronald Koeman has integrated youth into the Everton side – introducing starlet Tom Davies, playing Mason Holgate, derby-day goalscorer Matthew Pennington and Dominic Calvert-Lewin to name a few – whilst also getting the best from big name players like Leighton Baines and Romelu Lukaku. This balance has created a formidable team for the Dutchman, and will be a stern test for the travelling champions.

Ashley Williams will inevitably be suspended after his injury time deliberate hand-ball against Manchester United on Tuesday night. Everton will also be without the injured Ramiro Funes Mori, Yannick Bolasie and Muhammed Besic (all knee) as well as Seamus Coleman (broken leg) and James McCarthy (hamstring) who both obtained injuries on international duty.
Aaron Lennon and the in-form Morgan Schneiderlin are also both doubts for the Toffees.

Leicester are mainly fresh but will travel to Merseyside without captain Wes Morgan in their backline as he has sustained a back injury. Nampalys Mendy will also miss out with an ankle grievance. 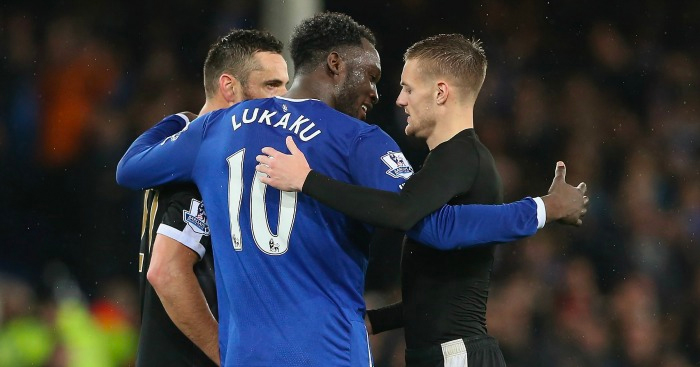 Jamie Vardy & Romenlu Lukaku will be looking to feature amongst the goals this weekend.

Romelu Lukaku is unquestionably Everton’s dangerman. The Belgian beast has been directly involved in 27 (21 goals, 6 assists) of Everton’s 53 league goals this campaign which is a whopping 50.9%. Couple that with his recent lethalness when playing at home – scoring 10 in his last six – an anytime goal-scorer wager for the 23-year old looks a sure thing. The Belgium international is the complete package and keeping him quiet will be key to the champions obtaining a result.

Leicester also have a firing frontman in their ranks as the many-times told tale of Jamie Vardy keeps having new chapters added. The England international has scored in his last 5 games for the Foxes, including 5 in his last 4 in the Premier League. His lightning pace and tireless work rate are a constant threat and Everton will have a real test on their hands to put the famous Fox off the scent of goal. He also has two goals and two assists in his last three against The Blues.

SkyBet have the home team as big favourites for this, as Everton are looking for a seventh home victory in a row (5 of the previous 6 home wins have also been clean sheets) – something that hasn’t been achieved in 3 years. In contrast, despite Leicester rapidly climbing the league the Foxes still have the third worst away form in the division. They are searching for back-to-back away victories for the first time in a year.

With both teams relatively flying high as of late and both also having the undoubted capability to bring firepower and magic, this has the settings for a superb Springtime encounter.