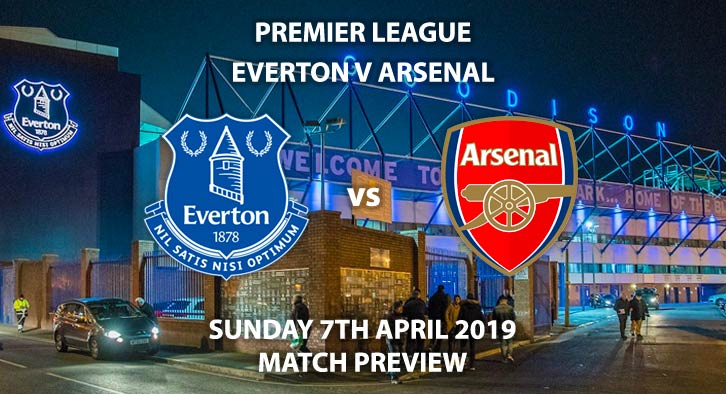 Everton vs Arsenal: Arsenal will be hoping to grasp their hold on a top-four spot by extending their lead over the chasing pack when they take on Everton at Goodison Park.

The Gunners can move up third with three points on Merseyside, opening a three-point lead on fifth-placed Chelsea. They moved back into the top four on Monday night, after a confident 2-0 win over Newcastle. The departing Aaron Ramsey and Alexandre Lacazette were on the scoresheet to record a record 10th straight home win at the Emirates. On the road, Unai Emery’s team are unbeaten in the league since the beginning of February, which underlines their recent improvement. It’s a total of six games unbeaten for Arsenal, in which they have won five times. Lacazette has scored five goals in his last ten games, and the Frenchman’s overall game has been in sensational form of late.

Everton’s have endured an upturn in form lately, beating West Ham 2-0 away last time out. That followed up an important win over Chelsea prior to the international break. Those victories have eased the pressure on Marco Silva, with the Toffees sat 10th in the table. With Wolves and Watford both in action at Wembley, this offers a good opportunity for Everton to gain a march on their rivals, in a bid to finish seventh and be dubbed ‘the best of the rest’. Back-to-back clean sheet have also come as a boost to Silva’ side. They’ve now recorded four shut outs in their last five games.

Kevin Friend is the referee for this fixture. The Englishman has officiated 34 top-flight matches this season. In that time, he has accumulated an average booking points total of 38.4. Therefore, I would advise a maximum of 50+ total points for this fixture.

Arsenal’s strong recent form will be put up to the test on Sunday. In years gone by, Everton have profited from this fixture and will be buoyant after back-to-back victories. I’m going to back the Gunners for a slender win, but this could end in a draw.

Everton vs Arsenal will be televised live in the UK on Sky Sports Premier League with kick off at 14:05 BST.

Odds and markets last updated on Sunday 7th April 2019 @12:22 GMT. Keep checking back to see if there’s any updates to markets – the time stamp in the previous sentence for when we update tips on this page will be updated.