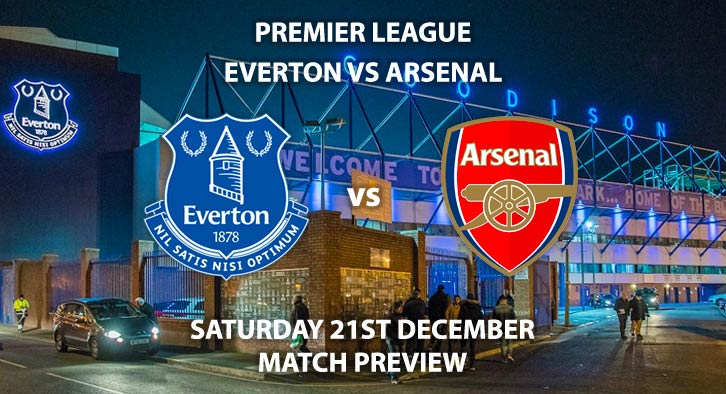 Everton will host Arsenal that promises to have just as many on the pitch stories as off it this Saturday lunchtime in the Premier League.

The hosts have had managerial switch arounds in recent weeks but will have their eyes firmly set on climbing up the table – with an out of sorts Arsenal in their way. Meanwhile, Arsenal are also in a similar off the pitch predicament and are looking to bounce back from their 3-0 defeat to Manchester City.

Everton are priced at 13/10 to win the match by SkyBet and climb further away from those dreaded relegation places. The Toffee’s have impressed recently under interim manager Duncan Ferguson, claiming victory over Chelsea and a respectable draw against Manchester United.

Dominic Calvert-Lewin has shot back into the spotlight of late and his work ethic is not going unnoticed. The youngster is a real handful for any defence and has scored five goals this season. Another standout performer has been Richarlison. He has six goals and is priced at 13/10 to score anytime.

Arsenal are priced at 19/10 to win the match with top four definitely not out of contention for the Gunners. The Gunners have still failed to show any consistency in recent weeks since Unai Emery’s sacking. Last time out, they were second best against a strong Man City side as they failed to create chances and look slow and sluggish. Their injury issues have not helped them, and it is hard to see them winning any match right now.

Going forward, Pierre-Emerick Aubameyang has been his usual clinical self, when given a chance, and has eleven league goals to his name. He is priced at 21/20 to score anytime.

The referee for this match will be Kevin Friend. The official has not been too shy in brandishing his cards and has averaged 39.5 booking points in his eleven topflight matches in charge. Both of these sides are desperate for victory so it could get feisty.

– Both sides will be desperate not to lose, which could see a defensively-minded draw played out.