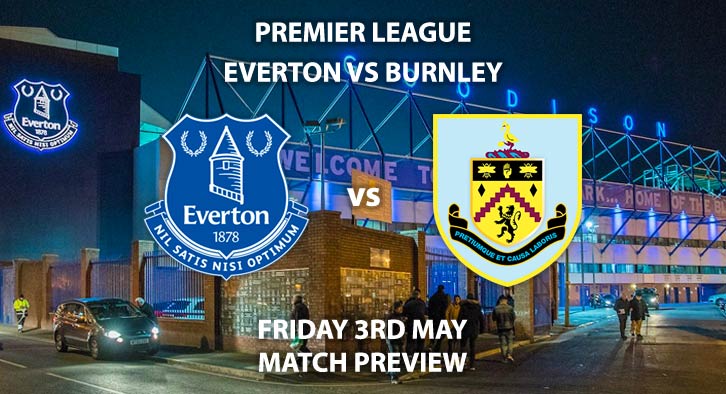 Everton vs Burnley: Everton will be looking to continue their fine run of form when they host Burnley at Goodison Park.

The Toffees are enjoying their best run of form under Marco Silva. They sit ninth in the table, four points behind seventh-placed Wolves with two games remaining. Goodison Park has certainly been a happy home for them recently. They have beaten Chelsea, Arsenal and Manchester United in their last three, plus a draw with Liverpool prior to that. In that run, they didn’t concede a goal; the last away team to score at Goodison was Manchester City at the start of February, nearly three months ago. One defeat in nine shows that this is their strongest run of the season, which is encouraging ahead of next season. Silva was under growing pressure after a poor start to the season but things finally seem to be coming to fruition under the Portuguese head coach.

Burnley have secured their Premier League status in recent weeks after one defeat in five games. That result came last time out against Manchester City but a draw with Chelsea and wins over Burnley, Bournemouth and Cardiff is a fairer reflection of their run. The Clarets haven’t lost on the road since March 10, almost two months. Throw into the mix they also secured a historic 1-0 win against Everton last season, with Jeff Hendrick grabbing the winner. With a visit from Arsenal set to follow their trip to Merseyside, there was a real danger of Burnley suffering relegation. Sean Dyche deserves massive credit for steering them to safety once again.

Chris Kavanagh is the referee for this fixture. The Englishman has officiated 33 top-flight matches this season. In that time, he has accumulated an average booking points total of 33.6. Therefore, I would advise a maximum of 50+ total points for this fixture.

Everton’s strong form at Goodison has seen them fly up the table. With Burnley already safe, I think that this might end up as a slender home win.

Everton vs Burnley will be televised live in the UK on Sky Sports Main Event with kick off at 20:00 BST.