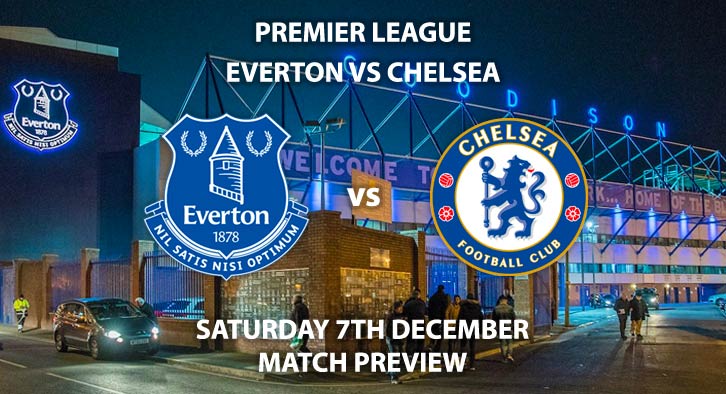 Everton return to Goodison Park on Saturday lunchtime as they host Chelsea in the Premier League.

The Toffee’s will be hoping to bounce back from their midweek Merseyside Derby annihilation at the hands of bitter local rivals Liverpool. Marco Silva’s side were well beaten 5-2 at Anfield, and has left the Portuguese’s job hanging precariously in the balance.

Chelsea meanwhile responded well from their surprise defeat to West Ham last Saturday, with a midweek win over Aston Villa at Stamford Bridge. Chelsea were boosted by the return of forward Tammy Abraham, who added to his tally on Wednesday; the Englishmen is now on eleven goals so far this season.

Marco Silva’s side slipped into the relegation zone following Wednesday night’s defeat, which has made the prospect of his dismissal seem inevitable. Everton have won one of their last six, losing four and drawing two. The defeat to Liverpool was their third on the bounce.

Out of the seven matches have played away from Stamford Bridge this season, Tammy Abraham has scored six goals, including his hat-trick at Molineux in September. SkyBet are offering odds of Abraham to score first this weekend at 3/1.

Everton are unbeaten in their last three meetings against Chelsea, and picked up a 2-0 win at Goodison Park in this fixture last season. Chelsea haven’t beaten the Toffee’s since October 2017, but considering the contrasting form of these two sides, Chelsea will be expecting to claim all three points.

This match will be shown live on BT Sport, with kick-off scheduled for 12:30 GMT on Saturday lunchtime.