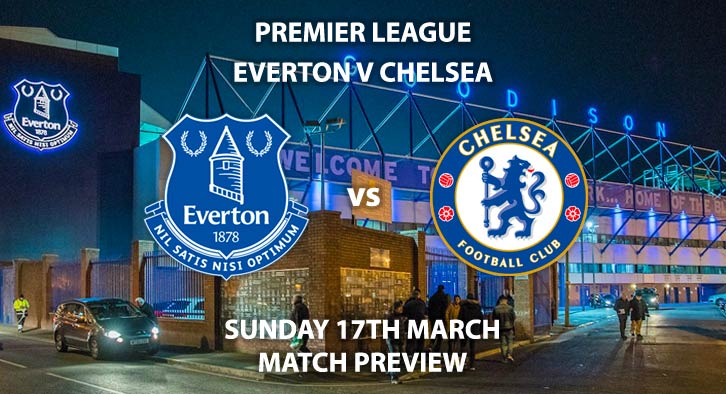 The hosts have been struggling for form recently with just one win from their last six matches in the league. Meanwhile, Chelsea will want to stretch their unbeaten run to six matches after their 5-0 thrashing of Dynamo Kiev midweek.

Everton are underdogs for this match despite having some advantage and are priced at 3/1 to win by SkyBet. Marco Silva’s side were rather unimpressive in their previous showing as they lost 3-2 to struggling Newcastle. The only win they have managed in recent weeks has been a 3-0 win against Cardiff. Gylfi Sigurdsson bagged a brace in that match to take his campaign tally to 11 goals. The Icelandic midfielder is dangerous over a free-kick and is priced at 13/5 to score anytime.

The reverse fixture earlier this season was a boring 0-0 draw. Everton had their backs to the walls for much of that match and it is likely they will have to again. SkyBet are offering 5/2 for a draw.

Chelsea are priced at a rather tempting 10/11 to win given their recent performances. Maurizio Sarri has turned fortunes around recently at Stamford Bridge. They have won their last three away matches and are now just three points away from the top four places. Eden Hazard has been a standout performer yet again and has scored 13 goals this season. The Belgian is 7/5 to score anytime.

The referee for this match will be Anthony Taylor. The official has been one of the more lenient referees this season and has averaged 32.3 booking points in his top-flight matches. Last time these two met, whilst it remained goalless sparks flew in terms of tackle and 70 booking points were brandished. 40+ booking points is priced at 1/1.

– The visitors form will give them loads of confidence going into this match.

Odds and markets last updated on Sunday 17th March @10:23 GMT. Keep checking back to see if there’s any updates to markets – the time stamp in the previous sentence for when we update tips on this page will be updated.