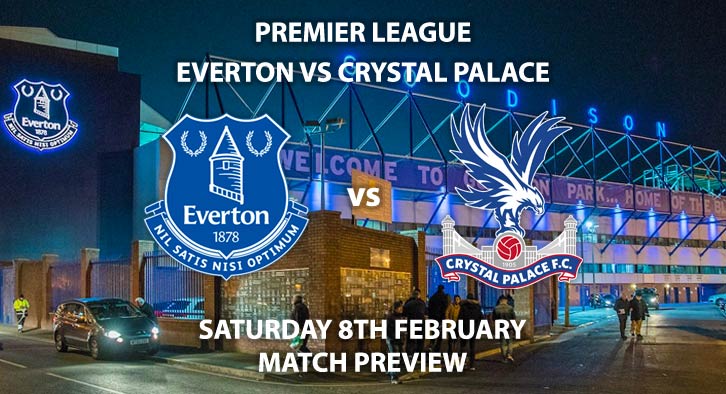 Everton return to home soil this weekend as they welcome Crystal Palace to Goodison Park on Saturday lunchtime.

Everton will be out to make it back-to-back wins in the Premier League following last weekend’s dramatic 3-2 victory over Watford thanks to Theo Walcott’s stoppage time winner. The Toffees’ form has undoubtedly improved since Carlo Ancelotti’s arrival as manager, losing only one of his seven Premier League matches in charge.

Crystal Palace on the other hand will be hoping to return to winning ways in the league following their disappointing defeat to Sheffield United last time round. Last weekend’s defeat was their second on the bounce, and took Palace’s winless run to seven matches in the Premier League. Roy Hodgson’s side are yet to win in the league in 2020.

These sides last meeting was in August which ended in a 0-0 draw at Goodison Park.

Dominic Calvert-Lewin has scored five Premier League goals in Ancelotti’s seven matches in charge, the same amount as he managed in the eighteen matches prior to the Italians arrival. Calvert-Lewin is priced at 19/20 on SkyBet to score in 90 minutes this Saturday.

Everton boast an impressive record between these two sides and haven’t lost to Palace since September 2014. The Toffee’s are unbeaten in their last ten encounters with Crystal Palace, winning four and drawing six.

Everton vs Crystal Palace will be televised live in the UK on BT Sport 1 with kick-off at 12:30 GMT.