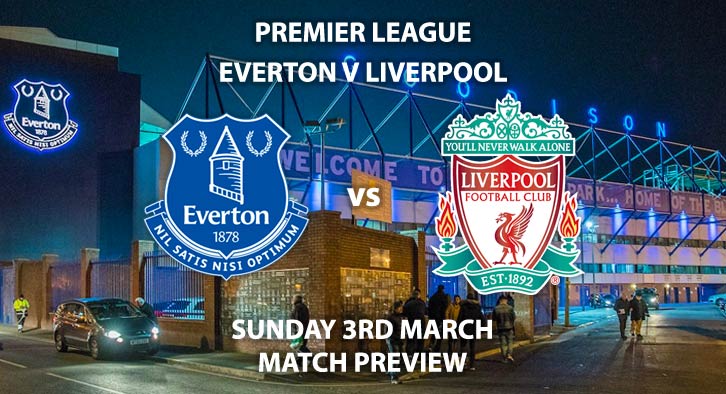 Everton vs Liverpool: League-leaders Liverpool travel across Merseyside on Saturday looking to regain their lead at the top of the Premier League against their nearest rivals.

The Reds got back to winning ways in midweek with an emphatic 5-0 win over Watford. Sadio Mane continued his hot streak of form with a brace. The Malian international played in a more central role, with Roberto Firmino sidelined with an ankle injury. Virgil van Dijk also notched two goals as Jurgen Klopp’s men maintained their one-point lead over Manchester City. With the Citizens travelling to Bournemouth on Saturday, it’s likely that Liverpool will find themselves second heading into this fixture. They won this match in controversial fashion at Anfield, with Divock Origi’s late winner the difference after Jordon Pickford has pushed the ball onto the bar instead of out of play. Liverpool are unbeaten in their last four Premier League away games but have drawn their last two. An early goal could be key to settling the nerves at Goodison Park.

Everton responded to three straight defeats with a 3-0 win away at Cardiff City on Tuesday. Gylfi Sigurdsson’s brace and a Dominic Calvert-Lewin strike made the difference in Wales. That was Everton’s first clean sheet in four games and second in seven. That’s a run Marco Silva’s team need to improve if they’re to climb up the table. The Toffees occupy ninth spot and are only four points behind Wolves who hold that coveted European spot. With only six points separating them and 12th-placed Bournemouth, there is a real battle on to secure Europa League football. Realistically, that has to be the aim for Everton, especially given the money they spent in the summer. The added bonus on Sunday would be derailing Liverpool’s title ambitions, which would give the supporters no greater joy.

Martin Atkinson is the referee for this fixture. The Englishman has officiated 35 top-flight matches this season. In that time, he has accumulated an average booking points total of 33.7. Therefore, I would advise a maximum of 50+ total points for this fixture.

Everton haven’t been in the greatest of form lately but showed in the last meeting that they are capable of frustrating Liverpool. I fancy the Reds to win but an early goal could be key to deciding the full-time result.

Everton vs Liverpool will be televised live in the UK on Sky Sports Premier League and kicks off at 16:15.

Odds and markets last updated on Saturday 2nd March @20:58 GMT. Keep checking back to see if there’s any updates to markets – the time stamp in the previous sentence for when we update tips on this page will be updated.