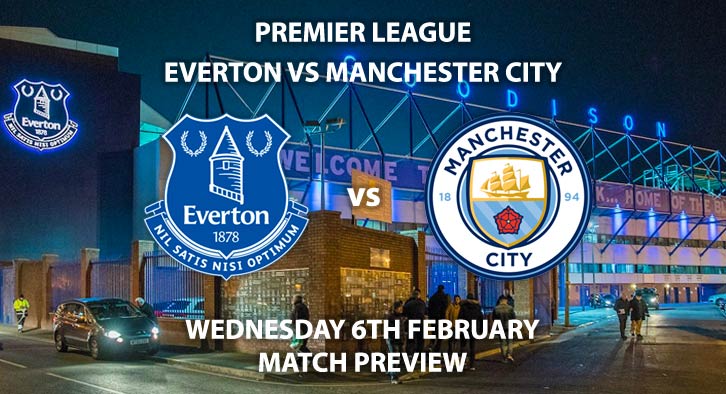 Everton vs Manchester City: The visitors can move top of the Premier League table with three points against Everton on Wednesday night as the race for the title hots up.

The gap between City and Liverpool is now just three points after the Reds’ 1-1 draw with West Ham last night. Pep Guardiola’s side, by contrast, blew Arsenal away on Sunday with a comprehensive 3-1 win. City looked back to their best at the weekend, with Sergio Aguero providing a timely reminder of his ever-lasting class as he netted a hat-trick. Guardiola’s unorthodox 3-4-3 system, with Fernandinho switching between defence and midfield, raised a few eyebrows but worked a treat as City dominated the midfield battle. City have shown signs of being back to their best recently, which is underlined by six clean sheets in their last seven games. Whenever City dominate, they tend to be tight at the back, which is what they did at the start of the campaign and last year. They look more settled, which can only be positive, heading into the next few decisive months.

Everton are in desperate need of a result after losing at home to Wolves on Saturday. The Toffees have won just two of their last six outings. The pressure is beginning to build on Marco Silva after they spent heavily in the summer. Everton are ninth in the table, 11 points clear of relegation but are out of the FA Cup. That embarrassing defeat at Millwall will hurt Evertonians, as their long wait for a trophy goes on. Everton’s inability to defend set pieces has been evident lately. The Toffees have conceded the most goals in the league from dead balls – a worrying statistic. They’ve only won one of their last six league games at home too, which is where the pressure is growing from.

Craig Pawson is the referee for this fixture. The Englishman has officiated 12 top-flight matches this season. In that time, he has accumulated an average booking points total of 48.8. Therefore, I would advise a maximum of 60+ total points for this fixture.

City will be smelling blood, knowing they can move top with a win. Irrespective of Everton’s bad form, that makes them huge favourites for this game, in my book. When you consider the Toffees form, there’s only one winner, for me.

Odds and markets last updated on Wednesday 6th February @18:15 GMT. Keep checking back to see if there’s any updates to markets – the time stamp in the previous sentence for when we update tips on this page will be updated.