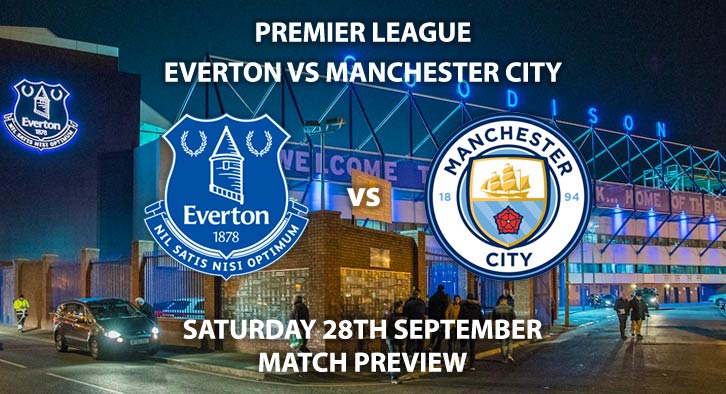 The Saturday late kick-off sees Man City travel to Goodison Park to take on the Toffees.

Manchester City may not be at the top of the table but they absolutely annihilated Watford last week with an impressive 8-0 masterclass. Their level of play this season so far has been different gravy, apart from that shock Norwich defeat. They are five points behind top of the league Liverpool so really need to focus and win points whenever they can to close that gap.

Everton come into this having suffered two successive defeats to Sheffield United and Bournemouth. However, their goal form at home was pretty decent until the last match against the Blades. They created good chances but only had the one shot on target, their performance was a lot better than the final score.

City will come out all guns blazing to keep their bid for the title alive. They were spectacular against Watford and having read Watford’s keeper Ben Foster’s comments after the game “They were scary at times. It was just relentless. You could see them opening us up and the chances developing in front of your eyes. It was absolutely no fun. In all honesty, it could have been double digits.” I can see them scoring a few goals again this time out.

Everton have conceded seven goals in their last three league matches so their defence looks to be a problem. With this in mind, City to win 3-0 is currently 17/2 with bet365 and looks to be a bet for me.

Since Marco Silva took charge, Everton haven’t really made much of an improvement and seem to making the same mistakes over and over again. They also seem to have a problem with scoring goals at times which is another reason I feel it could be goalless for them.

Raheem Sterling was back on top form on Tuesday night when they played Preston in the EFL Cup. Having not played in the Watford game, he nicked a goal and a nice assist all within 35 minutes. Bet365 are top price 4/1 for him to be first goalscorer. Richarlison looks to be Everton’s most likely first goalscorer and at may tempt a lot of punters with the 11/1 available at Skybet.

I just cannot see Everton beating City and it’s no surprise to see City 3/10 to win the game. .

Everton vs Manchester City will be televised live in the UK on Sky Sports with kick off at 17:30 BST.