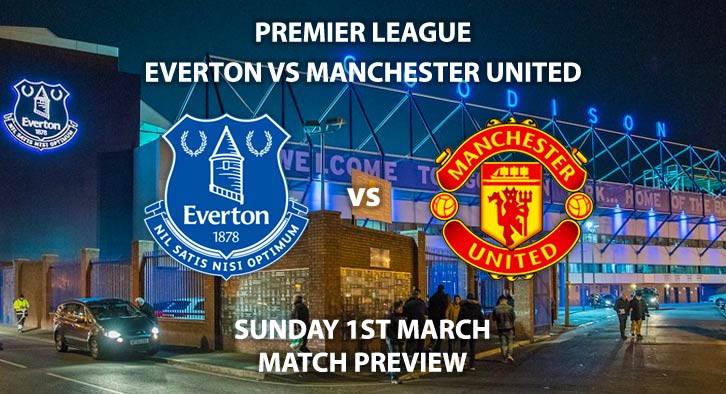 The Toffees are still shaking off their frustrating defeat to Arsenal last weekend where they showcased glimpses of good moments. They are currently 11th in the league standings. Meanwhile, Manchester United are in great form with three wins from five along with two draws across all competitions. They are fifth in the division.

Everton are priced at 6/4 to win the match by SkyBet are provide a pretty big shock in the topflight. Carlo Ancelotti’s side are still struggling to reach their maximum potential with the attacking prowess in their squad. They have three wins, two draws and one loss from their last six matches – but against much easier opposition than Ole Gunnar Solskjaer’s side.

In attack, Dominic Calvert-Lewin has found the form of his career thus far and has 12 goals this term. He is priced at 5/4 to score anytime.

Manchester United are priced at 9/5 to claim an away victory and continue their rich vein of form. United are enjoying their football with the January additions making their mark on the squad. New striker Odion Ighalo opened his club account during the Europa League midweek and Bruno Fernandes has massively impressed with the Old Trafford faithful.

It is the latter who could provide a goal threat for the Red Devils on Sunday at Goodison Park. He is priced at 13/5 to score anytime.

The referee for this match will be Chris Kavanagh. The official has been one of the most understanding in the league this season with an average of just 31.1 booking points from his 18 Premier League matches.

Everton vs Manchester United will be televised on Sky Sports Premier League HD and kicks off at 14:00.

– The visitors are in top form and look much more creative in attack.