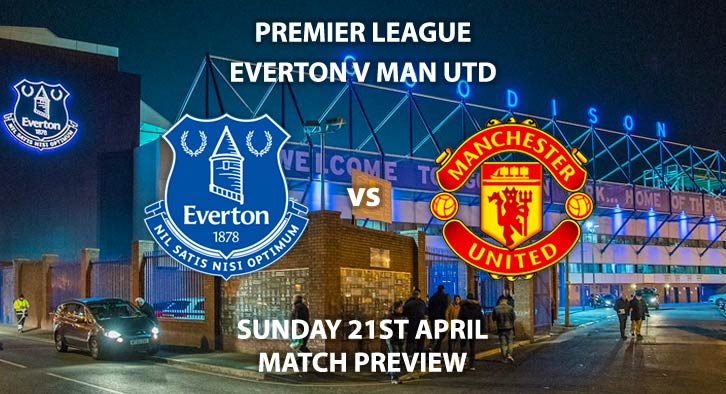 Everton vs Manchester United: Manchester United will turn all their attention to finishing in the top four and will look to gain a march on their rivals when they take on Everton at Goodison Park.

The Red Devils crashed out of the Champions League in midweek, losing 3-0 to Barcelona. Lionel Messi’s first-half brace took the tie away from Ole Gunnar Solskjaer. David De Gea produced an unusual blunder for the Argentine’s second, something he’ll be hoping to make amends for in the closing weeks of the campaign. It’s been a tough run for the Norwegian since being appointed as the full-time manager. United have lost five of their last seven games, abruptly ending the honeymoon period.

Their dip in form has only reinforced what many knew already; the squad needs serious investment in the summer. When you compared United’s defence and midfield to Liverpool and Manchester City, minus Paul Pogba, they are seriously lacking in quality. With the Reds sixth in the table, two points behind Arsenal, three points in this game is a must. They haven’t won on the road since that famous night in Paris, at the start of March.

Everton’s decent run of form came to crashing end as they lost 2-0 at Fulham. It was a low point for Marco Silva’s side, who seemed to be finally turning a corner after three successive wins. The Toffees are ninth in the table, a point behind Leicester and Wolves, although Nuno Espirito Santo’s side hold a game in hand. Everton are unbeaten in three games at Goodison Park, a run stretching back to February. It’s been an up-and-down season for Silva’s side. The main aim in the summer will be to further bolster the squad, with a centre-forward at the top of the list. Only Wolves (42) have scored less than the Toffees in the top half of the table.

Paul Tierney is the referee for this fixture. The Englishman has officiated 44 top-flight matches this season. In that time, he has accumulated an average booking points total of 31.9. Therefore, I would advise a maximum of 50+ total points for this fixture.

This is another tricky trip for United, who have a tough run of season-defining games coming up. Predicting which version of Everton will turn up is near impossible, which makes this a tough game to call. I’m going to go with a (very) narrow away win.

Everton vs Manchester United will be televised live in the UK on Sky Sports Main Event with kick off at 13:30 BST.

Odds and markets last updated on Sunday 21st April 2019 @11:43 GMT. Keep checking back to see if there’s any updates to markets – the time stamp in the previous sentence for when we update tips on this page will be updated.