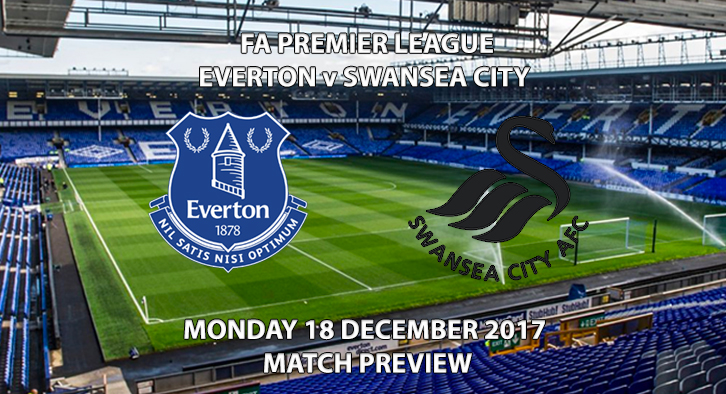 Under Ronald Koeman Everton were in the thick of a relegation battle but since ex-England manager Allardyce’s arrival, The Toffees have risen straight up the table into the top half with three wins and a draw from their previous four.

The draw came in the Merseyside derby at Anfield too, in a very pleasing 1-1 draw for Everton fans. That result, and the performances in wins over Huddersfield Town (2-0), Newcastle United (1-0) and in the Europa League against Apollon (3-0) have brought optimism back to Goodison Park. 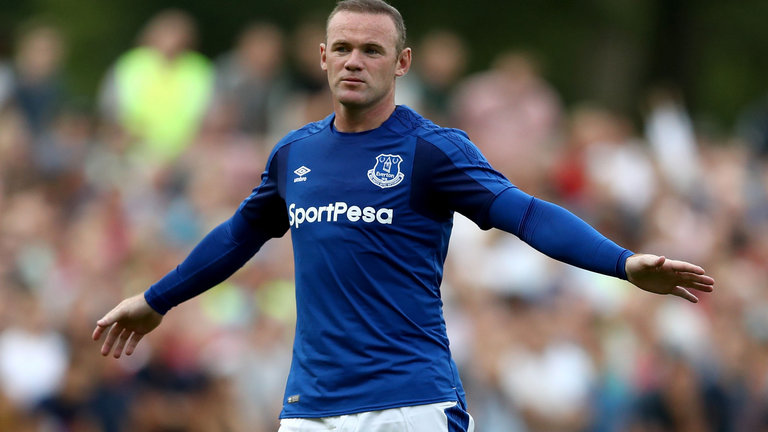 Rooney has been in good form since Allardyce took over at Goodison Photo Credit: skysports.com

Swansea City, however, seem to be having any residual positivity drained from them game by game; The South Welsh club are rooted to the foot of the table after an awful run of form that has seen them lose 10 of their last 13 games, picking up just two wins and a draw in the meantime.

After a similarly poor first half of the season in 2016/17, Swansea brought in Paul Clement to save the season and by successfully avoiding relegation, that was achieved. This term has been equally challenging, and Clement faces an uphill struggle to keep both his job, and his team in the Premier League.

A trip to back-in-form Everton will be daunting for Swansea, who are searching for just their second away victory in the league this year. The Toffees defensive solidity matched with Swansea’s difficulties in creating chances and taking them should prove decisive.

Yannick Bolasie could feature for Everton for the first time in over a year, whilst Leighton Baines, James McCarthy, Ross Barkley, Ramiro Funes Mori and Seamus Coleman are all unavailable through injury.

Kyle Bartley is the only omission from the Swansea squad, as Ivorian striker Wilfried Bony has been ruled fit to play despite coming off against Manchester City with muscle tightness on Wednesday. 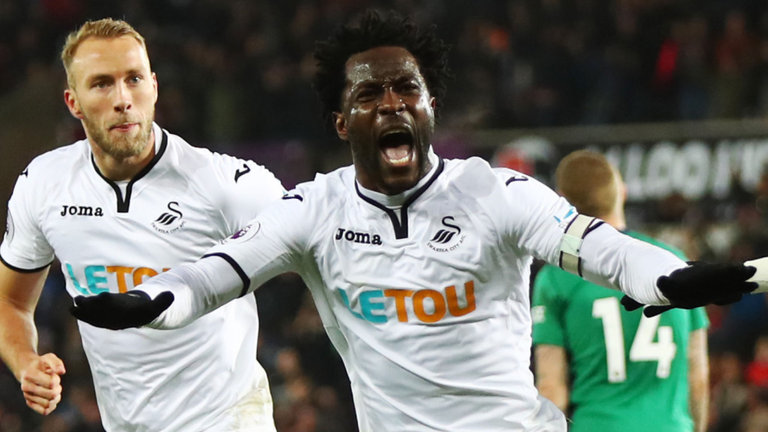 Bony is likely to start after coming off in the loss to Manchester City Photo Credit: skysports.com

Under Sam Allardyce, typically, Everton have been strong at the back and only conceded one goal under the experienced boss’ stewardship. The Toffees have picked up three Premier League clean sheets in their last four attempts but due to the disastrous defending beforehand, are still 16th in our club clean sheet table with a lowly figure of just four clean sheets.

The problem for Swansea City has not been with keeping clean sheets, but with scoring at the other end. The Swans have kept six shutouts so far this campaign, with only the top seven in the division faring better.

If remaining true to form, this game will present few corners. As a team who have struggled to attack consistently, Swansea have an unsurprising presence as low down as 14th in our club corner stats table.
However, the true shock comes with Everton’s league-low total of just 55 corners all season, especially interesting given Allardyce’s penchant for set-pieces and ex-Swansea man Gylfi Sigurdsson’s quality from such scenarios.

For cards and booking points there is only one way to bet if this season’s stats are anything to go by, with only Leicester, Stoke and Southampton accumulating a lower average booking points per game than Swansea’s 13.1.
Additionally, Everton rank 4th in our club card stats table, with 28 yellow cards and two red cards so far, coming in with 1.9 bookings per match on average.