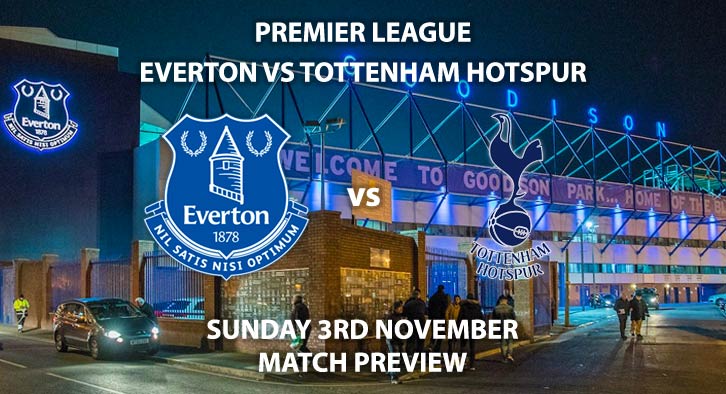 Both clubs are not showering themselves in glory after recent performances. Everton fans are becoming frustrated, yet again, with the lack of goal scoring and tactical awareness of Marco Silva – who is coming under a lot of fire. In the other corner, Spurs are also looking to salvage some domestic pride after yet another loss to Liverpool last weekend.

Everton are priced at 17/10 to win this match by SkyBet, after their calamity defeat at the hands of Brighton last time out. The Toffees are in 16th place in the league and are in desperate need of a victory. One of the only players pulling his weight in midfielder Gylfi Sigurdsson. The Icelandic scored in their victory over West Ham and is a set-piece specialist. He is 14/5 to score anytime against his old club.

Spurs are priced at 6/4 to win this match away from home. Mauricio Pochettino has found himself in a sticky situation in the last month after a run of poor results. His side did show some positive signs against a fantastic Liverpool team on the weekend but still failed to hold onto their 1-0 victory.

Striker Harry Kane is still impressing, however, with six goals so far this campaign. He is priced at 23/20 to score anytime. He may have quite a bit of fortune up against this Everton defence that has 16 goals in ten matches.

The referee for this match will be Martin Atkinson. The official has been a lenient figure in the middle so far this season with an average of 31.1 booking points from nine Premier League matches.

Everton vs Tottenham Hotspur will be televised on Sky Sports Premier League HD and kicks off at 16:30.

– The visitors have a lot of creativity going forward and it seems Marco Silva is losing the fans at Everton.