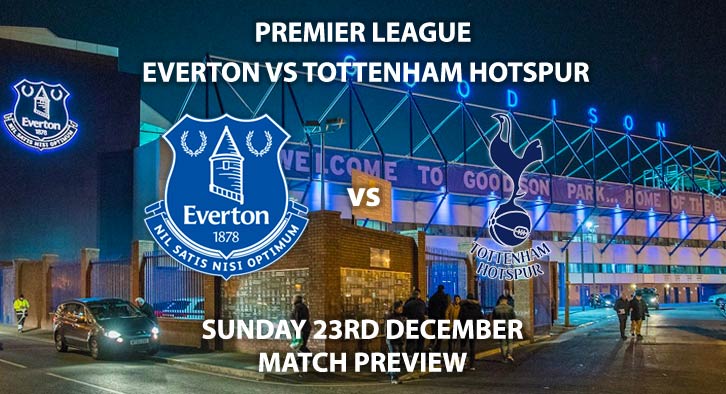 Everton vs Tottenham: Tottenham will be looking to close the gap on the top two when they take on an improving Everton at Goodison Park on Sunday.

It’s been a good week for Spurs, as they recorded two wins and two clean sheets in a week. Cristian Eriksen’s 91st-minute winner against Burnley ensured three points last weekend before they sealed their place in the semi-final of the Carabao Cup with a 2-0 win at Arsenal. Chelsea now stand in Spurs way for a place in the final – ironically at Wembley. This represents Mauricio Pochettino’s best chance to win a trophy since arriving at the club.

Their last silverware was in that competition, as they beat the Blues 2-1 in the 2008 final. In the league, Tottenham are third, five points behind Manchester City and five points clear of fifth-placed Arsenal. They’re also into the knockout rounds of the Champions League – it’s been a great start to the campaign for them. Their main task is keeping hold of Pochettino, who has been heavily linked with the Manchester United job this week. With United set to go all-out for his services in the summer, Daniel Levy will be desperate to convince him to stay.

Everton are without a win in four games, despite their generally improved form. They were unlucky to lose against Liverpool at the start of the month and put in a good showing during their 3-1 defeat to City last time out. The form of former Barcelona duo Andre Gomes and Lucas Digne has been a huge plus for Marco Silva. When the Portuguese coach arrived, he had an ageing squad to contend with, that needed investment in key areas. Now with Yerry Mina and Richarlison to boot, Everton look strong as they begin a new era. They currently sit eighth in the league table, one point behind Wolves, although a win could take them as high as sixth depending on Manchester United’s result. They are unbeaten in their last six games at Goodison Park, although they have drawn their last two at home.

Paul Tierney is the referee for this game. The Englishman has taken charge of 11 matches this season. In that time, he has accumulated an average booking points total of 40. As a result, I would recommend a maximum of 50+ points for this game.

Everton are a tough nut to crack on Merseyside but Spurs are in great form. Buoyed from a great week, I think they might just edge a tight encounter.

Everton vs Tottenham will be televised live in the UK on Sky Sports Premier League with kick off at 16:00 GMT.

Odds and markets last updated on Saturday 22nd December @15:10 GMT. Keep checking back to see if there’s any updates to markets – the time stamp in the previous sentence for when we update tips on this page will be updated.