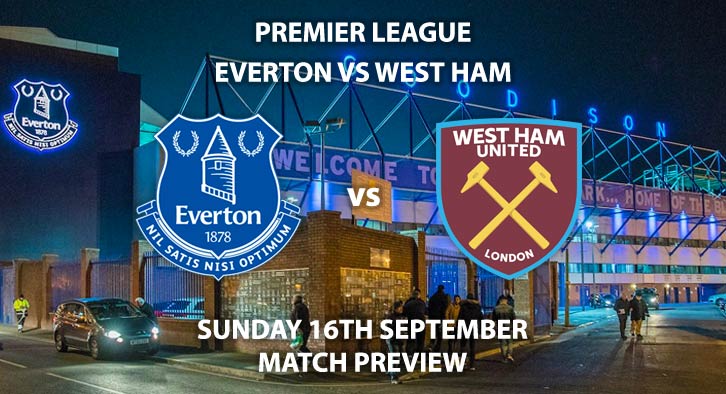 Everton vs West Ham United – both sides desperate for three points after contrasting starts to the season.

Everton remain unbeaten after four matches, with one win and three draws to their name. Marco Silva will be desperate for the Toffees to turn those fine margins in their favour; turning draws into wins. They were held at home last time out by Huddersfield, another game which will feel like two points dropped. Newly-capped Brazilian Richarlison will serve the last of his three-game ban after his red card against Bournemouth, meaning Dominic Calvert-Lewin could be in line for another start. The former Sheffield United graduate grabbed his first of the season against Huddersfield and will be hoping to continue in the same vein against the Hammers.

West Ham are yet to pick up a point this season, after a disastrous start to the season. With eight new signing to bed in, Manuel Pelligrini has struggled. Four defeats from four leaves them bottom of the league, two points from safety. Defensively West Ham have been poor, leaking ten goals, the joint highest in the league. They have also only scored two goals in those four matches, with Marco Arnautovic again their only real source of goals. Their home form has seen them lose to both Bournemouth and Wolves; teams their supporters would expect them to beat. Now the pressure is on for Pelligrini to secure a first win of the season on the road.

Martin Atkinson is the referee for this game. The Englishman has an average booking points total of 27.5, from four games this season. Therefore, I would advise a maximum of 40+ total booking points for this match.

On paper, you would back a comfortable home win, looking at the two side’s positions in the table. However, West Ham are bound to pick up at some point, which makes this game harder to predict. I’m going to go for a narrow Everton win, which should see some goals, due to both side’s poor defensive starts to the season.

Everton vs West Ham United will be televised live in the UK on Sky Sports Football with kick off at 16:00 GMT.

Odds and markets last updated on Sunday 16th September @11:42 GMT. Keep checking back to see if there’s any updates to markets – the time stamp in the previous sentence for when we update tips on this page will be updated.