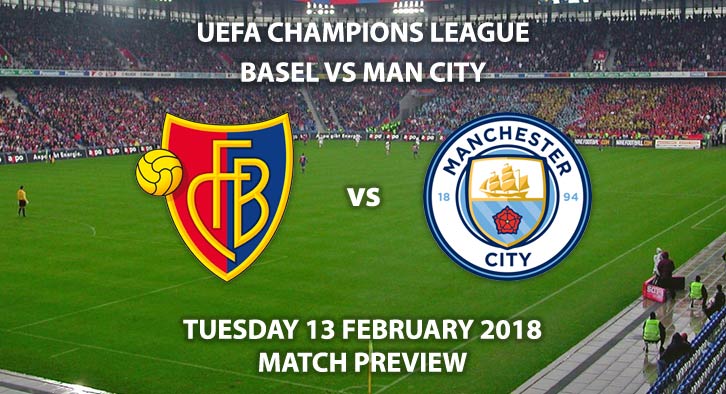 The Swiss side will be hoping that home advantage will be a key factor as they will look to build on their 2-0 victory over Thun in the Swiss Super League.

The gulf in class between these two clubs is rather transparent, with Man City being heavy favourites to advance to the quarter finals.

Pep Guardiola’s influence on Man City has been clear, with his Citizens having scored two or more goals in 80% of their Premier League matches. Their incredible attacking power makes them one of the favourites to go on to win the Champions League. However, they will be without winger Leroy Sane as he is still recovering from an injury he picked up in their FA Cup tie with Cardiff City.  The English outfit will also be without Gabriel Jesus who is also on the mend and of due to return in the coming weeks.

Despite their injury problems, the City frontline has shown no signs of turning the heat down, with Sergio Aguero netting four goals in the second half of their 5-1 victory over Leicester City on the weekend. The Argentine has now scored 21 Premier League goals this season, with many being set up by midfielder Kevin De Bruyne who has stolen the plaudits this year and will also be a key man for Basel to keep quiet. Their attacking prowess has led to them being awarded an average of 7.5 corners this season in the Premier League. The likelihood of them getting in behind the Basel defence and peppering Tomas Vaclik’s goal is very high, expect corners.

With many players to fear on Tuesday night, Raphael Wicky will be hoping his key men such as Swiss Born striker Albien Ajeti who is the clubs leading scorer in domestic competitions. Chances will come few and thin for the hosts, however their league form would suggest they could cause an upset as they have scored 41 goals in 21 games. Neither will they be a push over for the visitors, having illustrated their defensive solidarity during their league campaign only conceding 17 goals; the lowest tally in the league.

The referee for this encounter is the Swedish, Jonas Eriksson. The visitors will have to be careful, a trait they haven’t always illustrated well this season having picked up a total of 45 cards in the Premier League.

Man City’s Raheem Sterling and Basel’s Dimitri Oberlin have both scored four goals in this UEFA Champions League campaign as both sides have played free flowing attacking football that has said the hosts finish second in their group with 12 points. City topped their group with 15 points.

FC Basel vs Manchester City will be televised live on BT Sport 3 in the UK from 7:45PM.