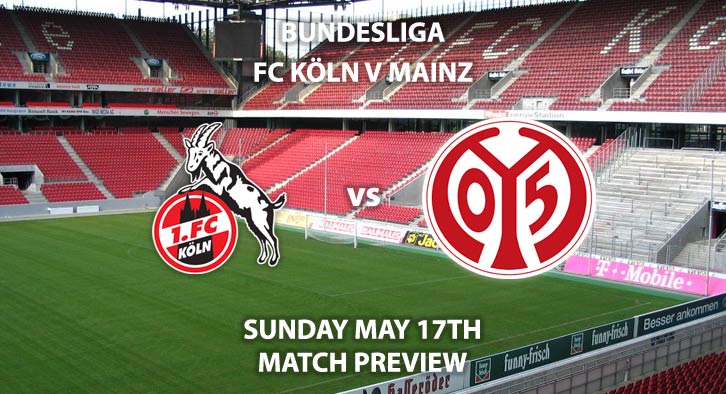 FC Koln will host Mainz as the Bundesliga returns to action amid the coronavirus pandemic that caused the league suspend over two months ago. The match will be played behind closed doors.

FC Koln are priced at 19/20 to win the match and keep their bid for Europa League qualification alive. After earning promotion from Bundesliga 2 last season, Koln have had an impressive campaign they currently sit 10th in the league, just five points off a European qualification spot.

In attack, Koln have rested heavily on Colombian striker Jhon Cordoba who has scored 10 goals this campaign. He is priced at 7/5 to score anytime against one of the worst defences in the league.

Mainz are priced at 5/2 to claim and away victory that could be vital as they hope to avoid relegation. They have desperately struggling for form this season as they sit just four points above the drop zone. They have claimed just two victories from their last eight Bundesliga matches but will keep faith as they did beat FC Koln earlier in the season.

Despite their woes, they have unearthed a talent in striker Robin Quaison who is the fourth highest goal scorer in the league. He is the club’s best threat in their bid for survival and he has 12 goals this season. He is priced at 21/10 to score anytime.

Last time these two met, there were 40 booking points brandished. SkyBet are offering 6/4 for 50+ booking points to be awarded in the reverse fixture.

– The two sides are tough to separate with both having much to play for. Should cancel each other out in attack and defence.