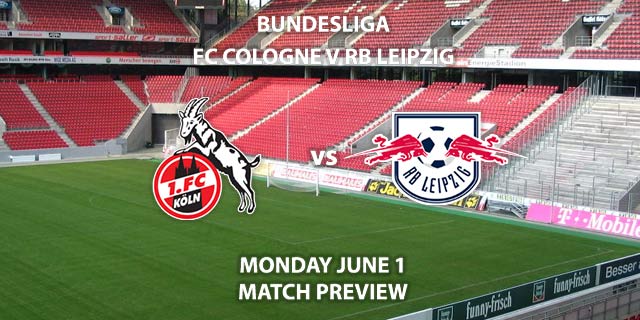 Both sides have started slowly since the Bundesliga’s resumption, but will be looking to pick up a positive result on Monday evening. In their last fixture Koln were defeated 3-1 away to Hoffenheim, meanwhile RB Leipzig were held 2-2 at home by Hertha Berlin; a result which saw them lose even more ground in the race for the title.

Koln are yet to win any of their three matches following the Bundesliga’s stoppage. Markus Gisdol’s side are without a win in their last four Bundesliga encounters and their poor run of form has seen them slip into the bottom half of the division.

RB Leipzig on the other hand have picked up where they left off in the Bundesliga and are unbeaten in their three matches since the re-start of football in Germany. Leipzig currently occupy 3rd place in the division, and trail 2nd placed Borussia Dortmund by two points. Julian Nagelsmann’s side are unbeaten in all competitions since January, a run which consists of eleven matches. SkyBet are offering odds of 4/7 for a Leipzig victory on Monday evening.

Despite having the lowest number of defeats in the Bundesliga this season, Leipzig’s tendency to draw matches has been their achilles heel. Ten of Leipzig’s twenty-five encounters this season have ended in a stalemate.

Leipzig were 4-1 winners in the reverse fixture back in November and boast the better recent record in this fixture. They’ve won three of the last five matches in this fixture. Koln’s most recent win came back in February 2018, where they were 2-1 winners.

BTTS has landed in each of the last five encounters between these two sides. BTTS in this fixture is priced at 8/15, whereas BTTS and Leipzig to win is at odds of 7/4.

This match will be televised live on BT Sport 1 HD with kick-off scheduled for 19:30 BST on Monday evening.