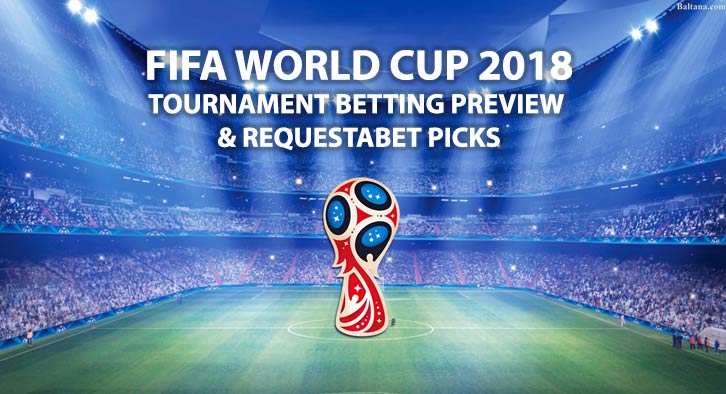 With the FIFA World Cup 2018 a day away, everyone is wanting to get their tournament accas ready. SkyBet have launched a brand new World Cup section dedicated to their popular RequestABets. But which ones are good value? How certain are some of these bets?

Here are some of the best tips to top up your bank balance this summer.

Brazil, France, Germany and Spain to reach the quarter-finals – 7/2.

All four of these sides have been fancied by many to challenge for the trophy themselves. Looking at the groups, it is unlikely that any of the four would fall at the first hurdle. Of course, nothing is certain, but I like the look of the one from the start. Brazil are my personal tip to win the competition, with Germany in second-place. The current world champions will not let go of their crown easily.

France have unbelievable depth in their squad and therefore should be strong challengers after losing out in the European Championship final, two years ago. Spain are a much-changed side from the team that won the World Cup in 2010 but have regrouped under Julen Lopetegui.

This bet seems as close to a sure thing as possible. In order to really take advantage, I would advise a high stake, due to the bets low risk. Nothing is certain in life, but this appears to be pretty close to it.

It’s tough to predict who will come out on top in the race for the golden boot. What is certain is that all three of these players will be key to their teams’ chances of success.

Messi and Neymar are both first-choice penalty takers for their sides, whilst Lukaku is second in line behind Eden Hazard. All three stars will start every game, with injury and suspension aside.

Each side is expected to get out the group, if not top it. Argentina face Croatia, Iceland and Nigeria which are all teams that leak goals. Messi could easily have his three goals before the group stages are out.

Neymar is Brazil’s poster boy. They should navigate through their group with ease, with Switzerland, Costa Rica and Serbia all expected to fight it out for the second spot.

Finally, Belgium’s toughest opponents are England. Aside from them, Lukaku could grab himself a hatful against lower-ranked sides Tunisia and Panama.

I really like the look of this bet. Whilst it’s at much longer odds compared to the other two bets, this could be a real money maker. Panama and Iran are both the weakest sides in their groups that contain England, Belgium, Spain and Portugal. Both sides’ only hopes of a point will come against Tunisia and Morocco, which I still don’t think is likely.

Germany and Brazil are two of the strongest sides in the tournament. Both teams should win their groups and I can easily see both taking maximum points. This is great value at 80/1 and I would advise putting a few pounds on as a potential money maker.