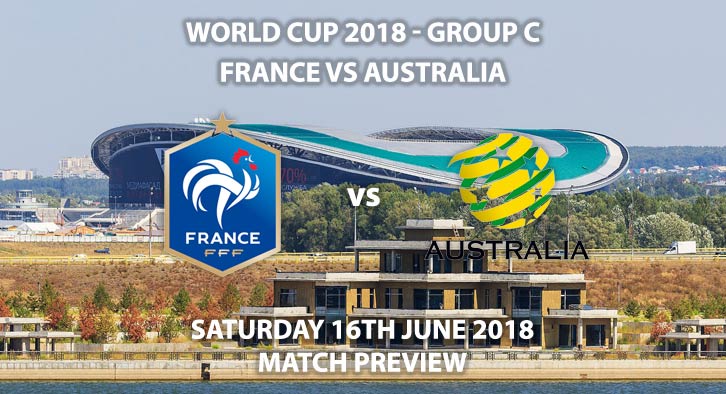 France vs Australia is the opening game for Group C. Both sides will be hoping to get off to the perfect start with a win.

France will be hoping to lay down an early marker in the World Cup. They have one of the most exciting, youthful squads, which holds fantastic strength in depth. Anthony Martial, Alexandre Lacazette, Dimitri Payet and Kingsley Coman are just a few star names that haven’t even made the squad. With Antoine Griezmann, Kylian Mbappe and Ousmane Dembele in attack, it would be easy to overlook the importance of a less spectacular name. Oliver Giroud.

The Chelsea striker is expected to start as France’s number nine, having continued his fine international form throughout qualifying. Giroud offers France’s flair players a platform to build from and a presence in the 18-yard-box. His link-up play with Griezmann at the European Championships in 2016 was crucial as they reached the final. With Paul Pogba, Ngolo Kante, Rafael Varane and Hugo Lloris supporting France’s deadly attack, there is a real belief they could announce themselves on the world stage.

Australia qualified for the World Cup after beating Honduras in a play-off match. Whilst Tim Cahill has often been their star man, Premier League midfielder Aaron Mooy could be their main guy in Russia. There Huddersfield playmaker has impressed in his debut top-flight campaign. Alongside captain Mile Jedinak, Mooy will hope to provide creativity in midfield. The ageing Cahill can still provide a threat, although it is likely he will be used as an impact substitute. If Australia have any hopes of making it of the group, they need to avoid a heavy defeat.

France’s biggest challenge should come from Denmark and Peru, and I expect them to get off to a strong start on Saturday. Whilst Australia will be resolute, they just don’t have enough quality to compete with France’s star-studded squad.

France vs Australia will be televised live in the UK on BBC 1 with an early morning kick off at 11AM GMT.