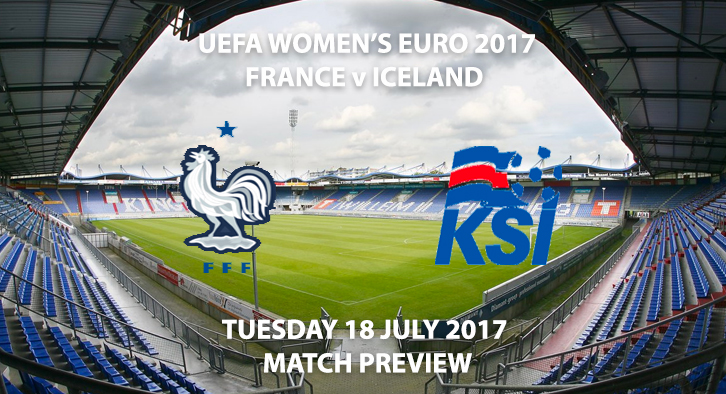 France Women’s vs Iceland Women’s – Match Preview – France face Iceland in their opening fixture at the 2017 UEFA Women’s Euros. The two nations have a history in the tournament, having met eight years ago when Iceland kicked off their debut campaign at the European Championships; where France were victorious, 3-1. This was one of France’s seven victories over Iceland in a total of nine competitive encounters that has seen the small Scandinavian nation win once. With form, quality and history, it would suggest an easy three points for the French, however, Iceland will be looking to establish themselves amongst Europe’s elite by providing a monumental shock in their curtain raiser.

France recently took the field on two occasions for friendly internationals against Belgium and Norway. A dominant 2-0 victory over the Belgians showcased the class that the French women possessed, however, were held to a 1-1 draw with the Norwegians most recently after taking an early lead in the third minute. Defensive insecurities were capitalised on by Norway as they equalised late on to stop the French in their tracks. France’s world class attack is their best asset, however they will have to keep defensive mistakes to a minimum if they are to go all the way in this tournament; a milestone that manager, Olivier Echouafni, believes is a realistic achievement. Can the French kickstart their campaign with an expected victory?

Iceland have failed to impress in their recent showings; their most recent match ending in a 1-0 loss to Brazil in an international friendly. The small, proud nation also drew with Ireland in a recent friendly and have failed to show much attacking prowess in their bouts. Manager, Freyr Alexandersson, will understand the mammoth task ahead of his rather inexperienced side and may play for a draw; a result that would be fantastic for Iceland and terrible for France. Going toe to toe with one of the world’s strongest nations should prove too difficult for the Icelandic outfit, however, with the magical feeling surrounding this tournament, anything could be possible. Icelandic legend, Margrét Lára Viðarsdóttir, will be her nation’s biggest threat, spearheading the Scandinavian attack. The striker is the women’s side all-time top scorer and will be looking to add to her already impressive career tally. Can Viðarsdóttir and company provide a huge shock?