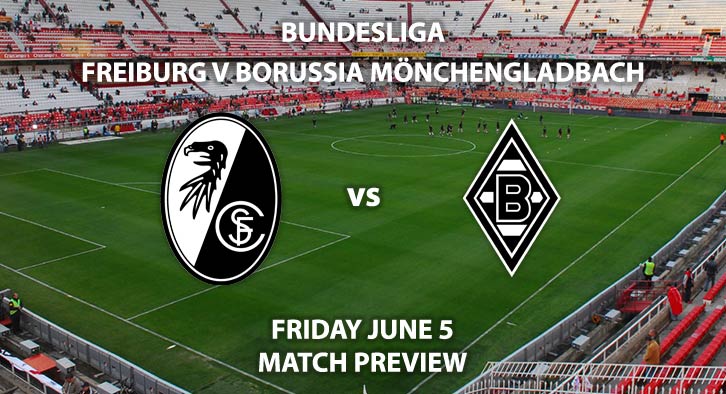 The hosts have had a decent season to date but have been slow to start since the Bundesliga’s restart a couple weeks back from the coronavirus pandemic. Meanwhile, Monchengladbach have looked a real force recently with a huge 4-1 victory against Union Berlin last time out.

Freiburg are underdogs for this match despite their home advantage and are priced at 16/5 to win this match by SkyBet. The hosts are winless in their last four matches and have just two wins from their last twelve matches. They have also failed to score in two of their last three matches since the league’s restart. Up against a free-scoring Gladbach, Freiburg will struggle off recent form.

Going forward, Nils Petersen will be their biggest threat with nine goals so far this season. He is priced at 9/4 to score anytime.

Borussia Monchengladbach will hope to keep their top four dreams alive with a victory and are priced at 3/4 to claim an away victory by SkyBet. The visitors impressed in their last outing; a 4-1 victory over Union Berlin where their strike force shined once again. Gladbach are fighting well for Champions League football next season and will not want to slip up against the out-of-form Freiburg.

In attack, both Marcus Thuram and Alassane Plea have been in top form and work well together up front. Both are priced at 6/4 to score anytime and SkyBet are offering 11/2 for both of them to score during the match.

Last time they met, chaos ensued as they played out a six-goal thriller in favour of Gladbach and 50 booking points were brandished during the match. SkyBet are offering 13/8 for 50+ booking points.

– The visitors have looked much stronger in attack and home advantage has not made much difference in the behind closed doors format.