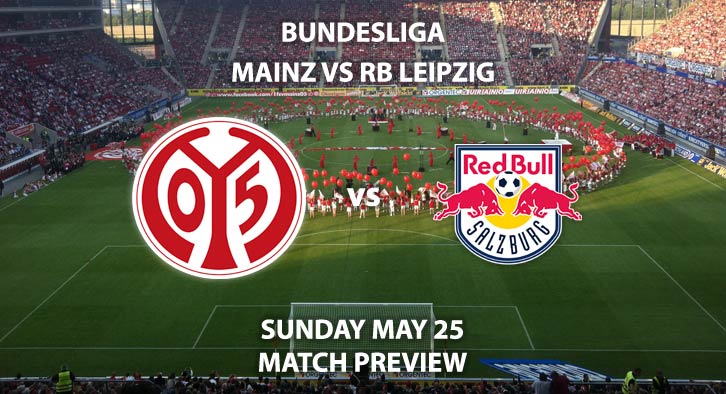 RB Leipzig return to Bundesliga action on Sunday afternoon when they travel to face Mainz.

It wasn’t the expected return for Leipzig in the Bundesliga as they were held at home to Freiburg last weekend. It could have been worse for them had Robin Koch’s late strike for Freiburg stood without the intervention of VAR.

Mainz on the other hand battled to clinch a point away to FC Koln after twice being behind; a point which could be crucial in their battle to avoid the drop this season. Achim Beierlorzer’s side find themselves 15th on 27 points, just four points above the relegation play-off position.

Timo Werner, Leipzig’s top scorer this season has failed to score in each of his last three Bundesliga appearances. The German forward does however boast a tremendous record against this weekend’s opponents, scoring six goals in his last three matches against Mainz.

Leipzig have reigned supreme in this fixture since it was first played back in 2016. They have won four of the seven meetings, including the 8-0 hammering they inflicted on Mainz in the reverse fixture earlier this season. Mainz’s only win in this fixture came back in 2018 were they were 3-0 winners.

BTTS may be a market worth exploring for this one. It has landed in two of Leipzig’s last three encounters, and in both of Mainz’s two most recent fixtures. Leipzig to win and BTTS is priced at 6/4 on SkyBet.

Danny Latza has been booked twice in his last six matches for Mainz and is priced at 12/5 on SkyBet to be carded this weekend.