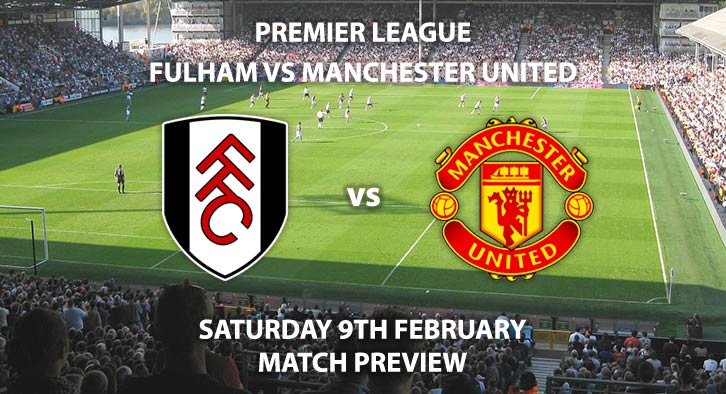 Fulham vs Manchester United: United will be hoping to jump up to fourth in the Premier League table when they travel to Craven Cottage to face Fulham on Saturday lunch-time.

The Red Devils made it nine wins from ten matches under Ole Gunnar Solskjaer at the weekend, thanks to a solitary goal from Marcus Rashford. The Englishman was once again preferred to Romelu Lukaku down the middle and reaped the rewards with an early strike. That goal was his eighth in 13 appearances for the Red Devils – ten of which have come under the Norwegian. With Arsenal dropping points and Chelsea performing inconsistency, there is now a genuine expectation, as much of a belief, that United will finish in the top four. They were 11 points adrift of fourth when Solskjaer took over, which underlines how successful he has been. They have won their last five games on the road and will be expecting another three points on Saturday.

Fulham come into this game after a disappointing 2-0 defeat to Crystal Palace. Claudio Ranieri’s side sit 19th in the Premier League table, seven points adrift of safety. If the Cottagers want to turn their season around, they are going to have to become harder to beat, especially at home. They have won two of their three league matches at Craven Cottage, against teams in and around them. However, with Chelsea, Liverpool and Manchester City the next three visitors to London, they may need a result against one of the big boys. On the road, they have to stop losing games, or they will be back in the second tier at the first time of asking.

Paul Tierney is the referee for this fixture. The Englishman has officiated 11 top-flight matches this season. In that time, he has accumulated an average booking points total of 40 Therefore, I would advise a maximum of 60+ total points for this fixture.

Fulham have looked far from convincing in recent weeks – even against Brighton, they were 2-0 down before battling back. I think United will claim another three points here and may even do it without breaking stride.

Fulham vs Manchester United will be televised live in the UK on Sky Sports Premier League HD and kicks off at 12:30 GMT.

Odds and markets last updated on Saturday 9th February @11:40 GMT. Keep checking back to see if there’s any updates to markets – the time stamp in the previous sentence for when we update tips on this page will be updated.