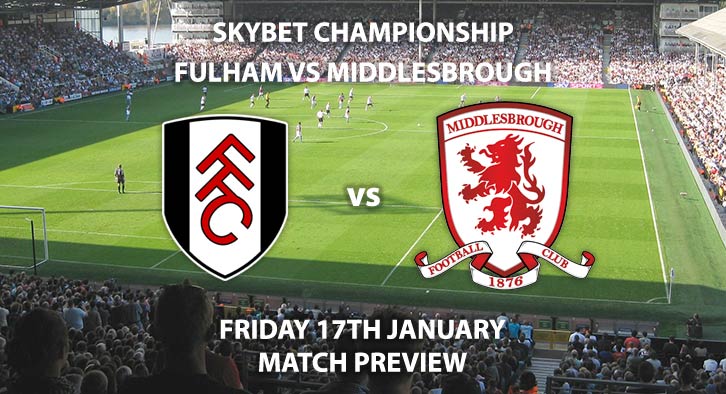 Fulham and Middlesbrough will lock horns in SkyBet Championship action this Friday night.

The hosts are enjoying a strong season under Scott Parker’s leadership and are trying to close the gap on the top two places. Meanwhile, the visitors are successfully climbing away from the relegation zone and are building a stronger side in the league after recent performances.

Fulham are priced at 17/20 to win the match by SkyBet and make it three victories in a row. The Cottagers are aiming to at least cement a play-off place this season and their home form is helping them reach that goal. They have won three of their last four matches on home turf against tougher opponents than Middlesbrough.

Middlesbrough are priced at 29/10 to win the match and pull off a pretty big shock. Boro have become a much stronger outfit and only just narrowly lost to Spurs in the FA Cup in midweek. They are unbeaten in their last five league matches and are capable of bringing that form to Craven Cottage, despite being the underdogs.

Going forward, Ashley Fletcher is enjoying the most fruitful time of his career and has six league goals this season. SkyBet are offering 2/1 for the Middlesbrough frontman to score anytime.

The referee for this match will be David Webb. The official has been one of the more lenient this season in the second division – with an average of 30 booking points from his 14 matches. Both sides have also averaged over 20 booking points per match.

The hosts have been very strong at home this season. They do have some frailties at the back but should overcome their visitors.