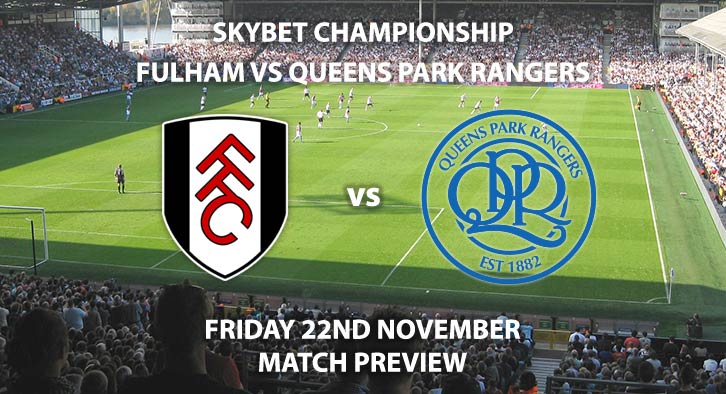 The two return from a well needed rest throughout the international break. The hosts, Fulham, are currently seventh in the league but with their eyes on the prize of automatic promotion. Meanwhile, entertaining QPR are in tenth – with play-offs being a more realistic ambition.

Fulham are priced at 3/4 to win the match by SkyBet. Whilst Scott Parker’s side have consistently put in good performances, dominating possession and testing goalkeepers, their results haven’t quite proven it. They have been heavily inconsistent with two wins and two losses from their last five matches. The Cottagers are unfortunate to not have their predator up front in Aleksander Mitrovic, who is the league’s top goal scorer. Instead they will turn to clinical winger Ivan Cavaleiro. The former Wolves man has four goals and four assists this season and is 8/5 to score anytime.

The stand-out performer for them has been Eberechi Eze. The creative midfielder has six goals and four assists this season and is catching plenty of plaudits. He is priced at 16/5 to score anytime.

The referee for this match will be James Linington. The official has averaged 48.3 booking points from his nine Championship matches thus far. These two haven’t met since 2018 but have a fierce, London based rivalry. I’d expect a fair few cards to be brandished.

Fulham vs QPR will be televised on Sky Sports Football HD and kicks off at 19:45.

Prediction: Fulham 2 – 1 QPR
– The hosts have a little too much quality in forward areas against an out of sorts QPR.