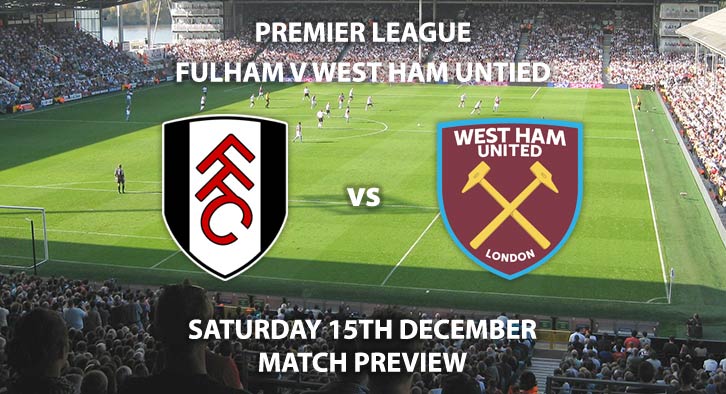 Fulham will host West Ham United in a Premier League clash this Saturday.

Both sides are in the bottom half of the table, however Fulham fairing much worse at the foot of the table. Their opponents are 12 points ahead of them in 11thposition and enter the match in the best form they’ve had all season.

Fulham are priced at 9/5 by SkyBet to win in front of a home crowd. Their last performance saw them dismantled by a Manchester United side who put four past them. One positive to take out of their recent matches is that they have scored five goals in their last four games. They are fortunate to have a recognised goal scorer amongst their ranks in the form of Aleksander Mitrovic. The Serbian has scored 7 of Fulham’s 16 league goals. He is priced at 4/1 to score first.

The Cottagers defence has been the worst in the league all season. They have conceded a whopping 40 goals in 16 matches, with 12 conceded in their last six outings. It is unlikely they will win and also keep a clean sheet, so I would recommend odds of 7/2 for Fulham to win and both teams to score.

West Ham are priced at 11/8 to make it four wins in four matches. They have managed to score three goals in each of their three matches and their attacking players are beginning to flourish. Brazilian Felipe Anderson has scored twice in their last three and has a total of six for the season thus far. He is 5/2 to score anytime.

The Hammers sit 5thin the form tables for the last five games, however have still conceded eight goals. They are one of the more entertaining teams to watch, as consistency seems to be their issue. Eight of their last nine goals have come in the second half. SkyBet are offering 7/4 for both teams to score in the second half.

The referee for this match will be Mike Dean. The official has averaged a huge 52.1 booking points in his 12 Premier League matches.

Odds and markets last updated on Saturday 15th December @17:10 GMT. Keep checking back to see if there’s any updates to markets – the time stamp in the previous sentence for when we update tips on this page will be updated.