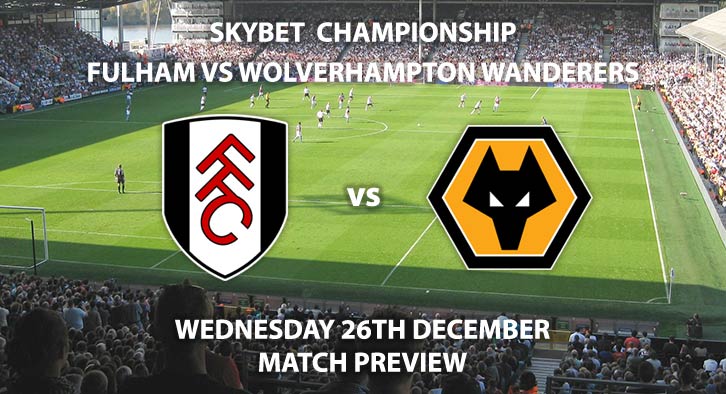 Fulham vs Wolves: Fulham will be hoping for three vital points to take them out of the bottom three when they host Wolves at Craven Cottage on boxing day.

The Cottagers currently sit bottom of the pile on ten points, four points adrift of safety. Claudio Ranieri’s arrival has seen a slight upturn in results, although they are still leaking goals for fun. They have conceded 11 goals in their last six games but did record their first clean sheet of the season last time out. That 0-0 draw at Newcastle meant they had finally shut out their opposition – they were the only side in England yet to do so.

They’re also struggling to find the net at the other end. Fulham, have scored just twice in their last five games. Their over-reliance on Alexandar Mitrovic is evident. The Serbian has 13 goals in 23 appearances for club and country this season, which is a fantastic record for a side that are bottom of the table. Fulham face Wolves, Huddersfield and Burnley in three of their next four fixture, which makes this festive period vital. Realistically, games against their fellow rivals will make or break their season, so they will be desperate for a strong showing.

Wolves were beaten 2-0 by Liverpool last time out. Nuno Espirito Santo’s side put up a good fight against the relentless Reds but were unable to take a point. That ended a run of three consecutive wins for them, which has seen them climb to tenth in the league table. It’s almost certain that they will survive to see another year of top-flight football – with a 13 points gap now separating Wolves and 18th-placed Burnley. That means that it is all-but mission accomplished for Nuno. Wolves’ main Achilles heel has been their inability to score goals. Raul Jimenez has largely impressed but lacks a killer instant in front of goal. If they were to sign another centre-forward, they could easily secure seventh spot and a European place.

Andre Marriner is the referee for this game. The Englishman has taken charge of 13 matches this season. In that time, he has accumulated an average booking points total of 32.3. As a result, I would recommend a maximum of 50+ points for this game.

Fulham will be desperate to make their home presence count, as they embark on a run of fixtures that could define their season. Wolves have been in good form recently and will be looking to continue that run in the capital. As a result, I’m going to go for a draw in this one.

Fulham vs Wolves will be televised live in the UK on Sky Sports Premier League with kick-off at 12:30 GMT.