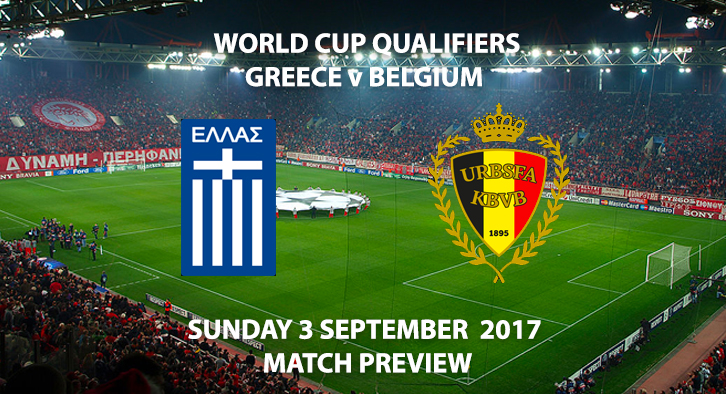 Greece vs Belgium – Match Preview – Belgium take a trip to Greece in a top of the table clash in Group H. A win for the visitors seal top place in the group, and a place in next year’s World Cup.

Belgium come in to this game unbeaten. Roberto Martinez’s men have impressed so far in qualifying, having only dropped two points all campaign. The Belgians are knocking in the goals for fun, with 33 goals scored and only two conceded in those six games.

Belgium’s only blip however, was against Greece, where they drew 1-1 at home. With the home side sat just six points behind, they can’t afford to slip up. Another victory would however all confirm top spot in the group, and leave the rest to fight it out for a play-off place. 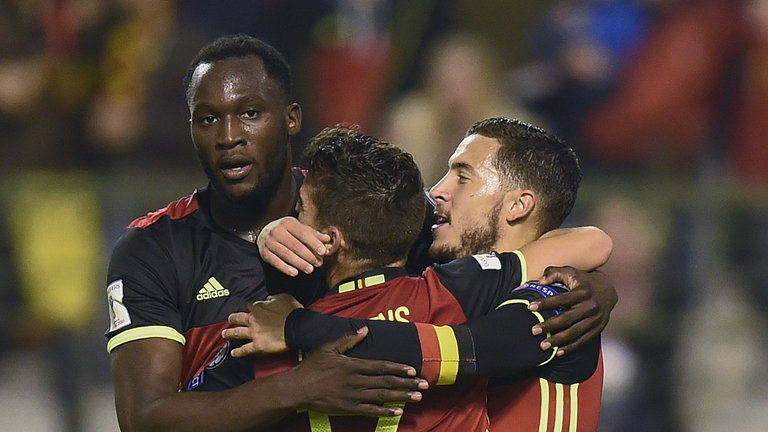 Lukaku netted a hat trick against Gibraltar in the 9-0 win Photo Credit: skysports.com

After a resounding 9-0 victory over Gibraltar last time out, they are certainly in red hot form. Belgium’s top scorer Romelu Lukaku bagged a hat-trick, to take him third in the scoring charts for qualification. The Manchester United striker sits just behind Cristiano Ronaldo and Robert Lewandowski, who have 14 and 11 goals.

Greece come in to the game knowing they need to get another result against Belgium. With them currently sat in second place, they’re desperate to secure a play-off place. They currently sit two points ahead of Bosnia, and three above Cyprus. Defeat here and a positive result for either of those sides could see them just above them and in to second place.

Greece, like Belgium have a very tight defence, having only conceded three goals in qualifying thus far. The main difference between the two sides however, is at the other end of the pitch. Greece have only notched ten goals in seven matches, compared to the 33 scored by Belgium. If they are to have any hope of securing a positive result, it’ll all depend on their ability to soak up pressure, and hit them on the counter attack.

With a key game against Cyprus after this match, it’s imperative they try and keep their fate in their own hands if they want to have any chance of qualifying. With the attacking strength Belgium have, I think it may be too much for them, a Belgium win to nil looks a good bet to me.

SKYBET: LUKAKU AND HAZARD TO BOTH SCORE- 11/2

SKYBET: BELGIUM TO SCORE IN BOTH HALVES- 9/4