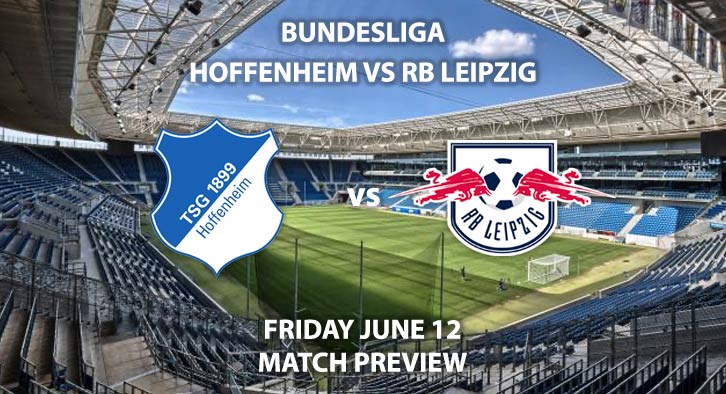 The hosts are in great form, unbeaten in their last four league matches, and are continuing to apply pressure in the race for Europa League qualification. Meanwhile, RB Leipzig will be keen to bounce back from their disappointing 1-1 draw with bottom of the table Paderborn, with the race for the top four heating up.

Hoffenheim are underdogs for this match despite having home advantage and are priced at 11/2 by SkyBet to win the match. Hoffenheim have looked strong in recent performances, without a loss in four matches, but face their toughest test since the return in RB Leipzig. Their home form does not make for great reading and their leaky defence that has conceded 50 goals in 30 games will have trouble dealing with the visitor’s fire power.

In attack, Andrej Kramaric has been the hosts biggest threat this season with seven Bundesliga goals. He is priced at 12/5 to add to his tally at any time during the match.

RB Leipzig are heavy favourites to claim a vital away victory and are priced at 2/5 to win the match. The visitors have cut a frustrated figure in matches such as these, with their last outing proving so with a 1-1 draw with Paderborn. Despite the frustrating draws, Leipzig are without a defeat in 11 Bundesliga fixtures and have the least amount of losses in the entire league.

Going forward, Timo Werner – who has recently agreed a deal to move to Chelsea – has been in inspired form all season and has 25 goals. He is price boosted to 10/3 to score a brace on Friday night.

Last these these two met, 40 booking points were brandished as Timo Werner bagged a brace and Marcel Sabitzer confirmed three points for Julian Naglesmann’s side. SkyBet are offering 1/1 for 50+ booking points.

Hoffenheim vs RB Leipzig will be televised on BT Sport 1 HD and kicks off at 19:30.

– The visitors should get the job done but can make these matches harder for themselves than they need to be.