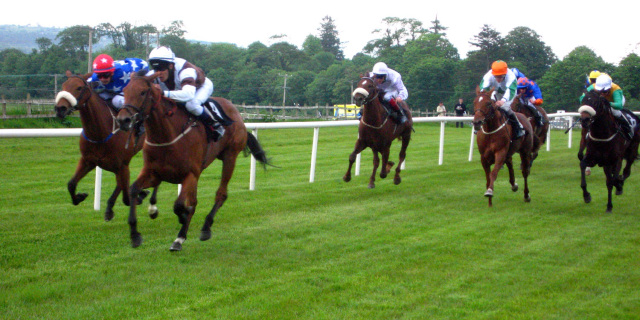 This looks a very competitive little race at Sedgefield 15.40pm to get involved in, with three of the entries taking each other on once more from their course and distance encounter last month.

First on that list is the winner Mr Clarkson who beat both Crackdeloust and Reverant Cust last month. He ran out a two and a half length winner over Crackdeloust when conceding 6lb at the weights.

This time around Mr Clarkson will have to concede 15lb to the runner up, he will also have to contain a 12lb rise to overhaul his quest to hold that form, the trip is a concern once more for him staying around 19.8f which he was subsequently beaten twenty two lengths by Sneaky Feeling of Philip Hobbs.

The third from that encounter was Reverant Cust who is stepping up in trip once more. He was coming off the back of a good win at Newcastle two runs back and has been beaten again since when third on his return to Gosforth Park ten days ago. His trip has been more effective around 16.8f even though he has competed over 19.2f this year when runner up at Catterick, but was beaten by thirteen lengths that day. He does get weight all round from his two adversaries this time, 17lb from Mr Clarkson for a twenty three and a quarter length beating which does not look enough to turn the tables on that form, also he gets just 2lb from Crackdeloust which again looks a stiff ask at the weights.

Brian Ellison won this last year with General Mahler and sends Crackdeloust here off a very handy mark now handicapping over a longer trip. Since splitting his rivals last month he has had the advantage of a 34 day break which should bring him on. Northern based trainer Ellison is a master of picking up these kind of races and I actually find him hard to beat in this race, he will be partnered by the inform Danny Cook who has a 1-3 strike over the past fortnight.

One that cannot be discounted is Bollin Ace of Tim Easterby’s. He bounced back to form after a seven week layoff when hitting a brace of wins over 21.2f and 19.9f this year at Sedgefield. His visit to Newcastle last time out saw him not finish the race when unshipping Lorcan Murtagh. Even though he is having to give weight away in this field, he has to be feared returning to a course that has seen him win twice, but I have doubts on the drying ground which has seen him fail on all four occasions in his career.

With the huge weight advantage and inform Danny Cook booked, I am willing to give Brian Ellison’s entry here CRACKDELOUST a chance of reversing the form with Mr Clarkson, now stepping up in trip. Ground looks a concern for Bollin Ace, but still has to be feared being a course and distance winner twenty four days ago. Reverant Cust would have to improve significantly to reverse the form with both Crackdeloust and Mr Clarkson.